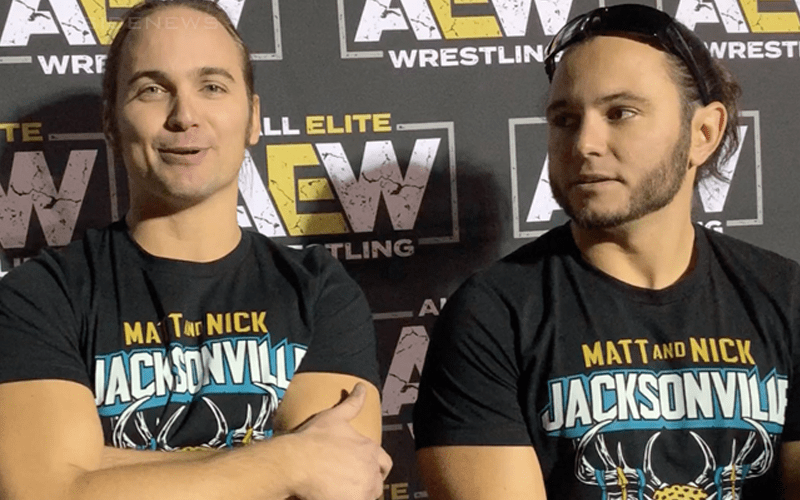 AEW’s first event will be Double Or Nothing on May 25, but if The Young Bucks had their way we wouldn’t even know that they had a company yet.

The Elite did an interview with Bleacher Report who is owned by Turner which is now their streaming home with B/R Live. During the interview, Nick Jackson admitted that they didn’t even want to announce All Elite Wrestling until the Double Or Nothing event.

“Matt and I didn’t even want to announce the start of the company until closer to May. We even thought of the idea of announcing the company at Double or Nothing, and Tony was completely against it. He wanted to announce it as soon as possible. Well, we can’t say no to him. As soon as we announced it in January, we were like, ‘We gotta start working and start getting shows ready, gotta find buildings, build a ring.’ Right away, we felt the pressure of getting everything going.”

Oh course, Tony Khan got his way and it was the right decision. They were able to drum up a ton of publicity in the process and now they have a television show on TNT. Things are looking good for AEW. Now they will need to really start bringing it because the stage has been set for some world changing.