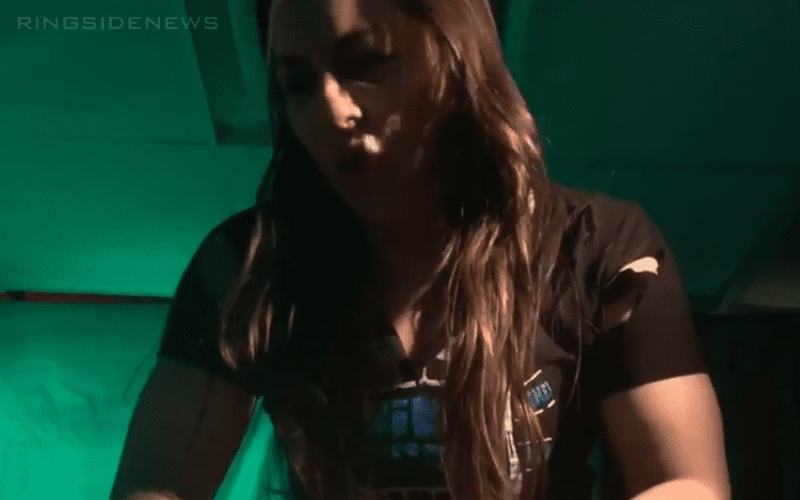 Nikki Cross was not originally scheduled to take part in the Money In The Bank ladder match this Sunday. Alexa Bliss was injured and couldn’t compete, so Nikki got a great opportunity.

Cross recently revealed an amazing promo that she filmed over a month ago. This promo was about Money In The Bank even before she knew that she would be in the match.

Apparently, Cross was getting prepared even before the Superstar Shake-Up just in case and showing the passion that a character like her’s could bring to that unpredictable match.

Filmed this over a month ago….

before the superstar shake up even happened,

I was looking beyond that back then, to Money in the Bank.

Was still hiding in the shadows then,
Now I’m ready to climb….and show you all…#NikkiintheBank#MITB

Nikki Cross spoke about not having a lot of money growing up and then talked about her current status on the WWE main roster. She also provided some clues that she might be an outcast in the locker room.

In the end, Nikki Cross said she’s going to climb that ladder and grab the MITB briefcase which she will hold onto very tightly with both hands because “I don’t have anything else.”

You can check out the promo below. It really is quite a journey for a minute and a half-long clip.