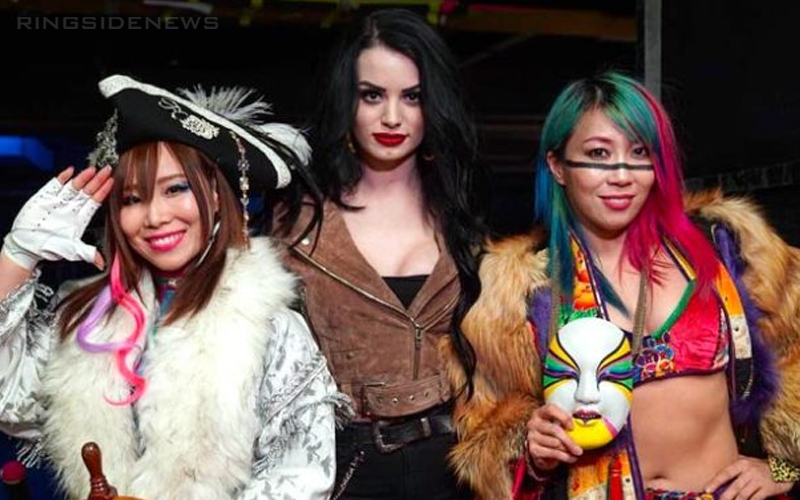 WWE made the big reveal during the Superstar Shake-Up that the team Paige was bringing in consisted of Kairi Sane and Asuka. This left Io Shirai in NXT when a lot of people were hoping that the Sky Pirates could make a main roster jump together.

However, Asuka and Sane did not have a name until Paige gave them one during this week’s SmackDown Live in London.

During SmackDown (not) Live this week, Paige revealed that Kairi Sane and Asuka will now be known as the “Kabuki Warriors.” This was met with a general “meh” reaction.

Fans should still be excited that Kairi Sane and Asuka are a team led by Paige even if they might not love the team’s name. Let’s just see if the IWC will react to this one and get Vince McMahon to change it up.