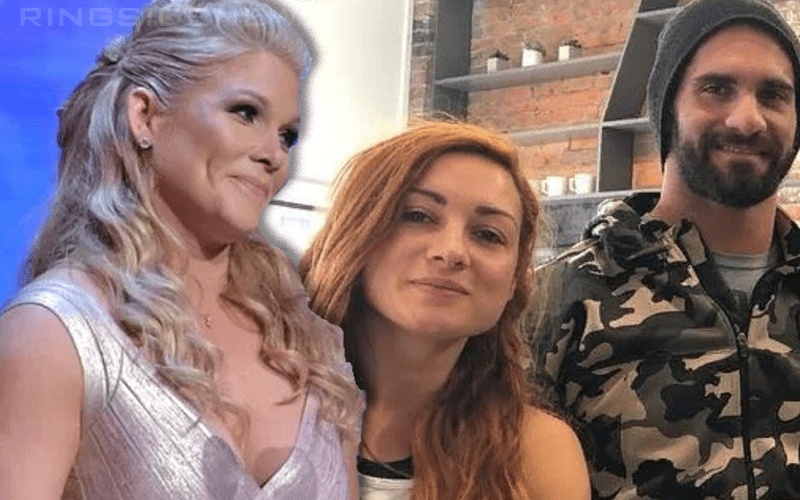 Becky Lynch and Seth Rollins are dating, but this shouldn’t be huge news for our awesome readers because we reported this months ago. However, when The Man admitted to being in a relationship with The Beast Slayer it pretty much broke the internet.

Beth Phoenix was in the middle of this back and forth before Becky Lynch really let the cat out of the bag. Some people thought that this was setting up a possible Seth Rollins vs Edge match, but The Rated R Superstar’s neck issues might have something to say about that.

The Glamazon stirred the pot even more when she tweeted out an invitation for a “double date” and then she interestingly enough deleted that offer.

This idea to reminisce on old times might have been interpreted as an invitation for a mixed-tag match. Some fans certainly took it that way.

It is very odd that Beth Phoenix would nix this response after sending it out, but after Becky Lynch confirmed her relationship with Seth Rollins there might not have been much more she could do to draw attention to their online banter.