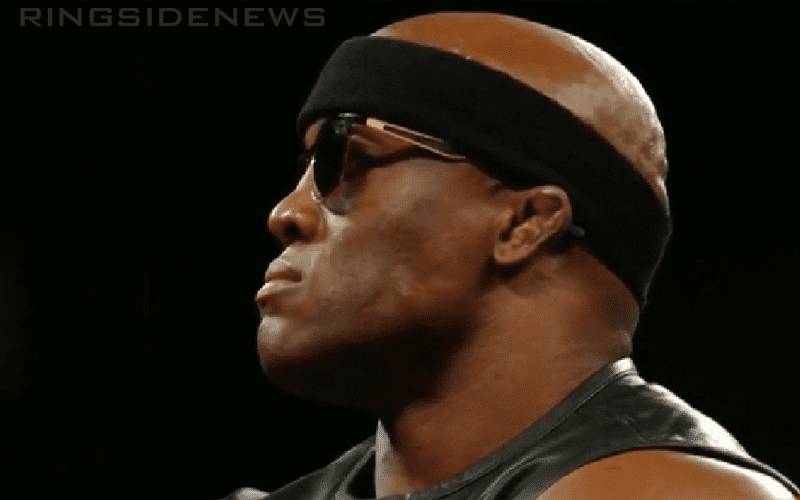 Bobby Lashley used to have Lio Rush leading him to the ring as his hypeman. That is not happening anymore due to Lio Rush’s nuclear backstage heat. Now it looks like The All Mighty is looking to go in a different direction.

Lashley started referring to himself in the third person last week on RAW and it was a very interesting addition to his character. Now he might want to add a RAW Tag Team Title run to that change.

The former IC Champion recently tweeted at Baron Corbin while expressing a great interest in having a go at the RAW Tag Team Titles.

So @BaronCorbinWWE about those #Raw Tag Team Titles…

The current RAW Tag Team Champions are Zack Ryder and Curt Hawkins. It would make sense for the babyface champions to go against Lashley and Corbin. Then again, you never know what direction anyone will go in nowadays in WWE.