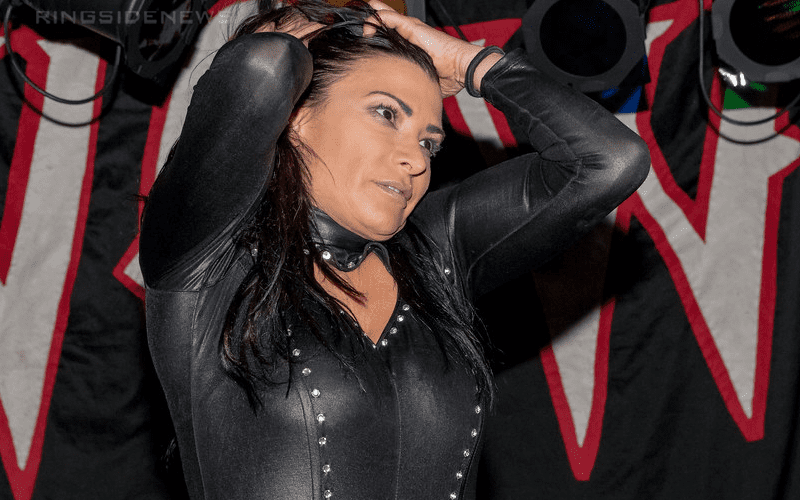 Victoria aka Lisa Marie Varon is wrapping up her legendary career in pro wrestling this year. She is taking dates in 2019, but she says that there will be no more matches after that. It looks like she is going hard during her final months in the ring too.

The former WWE Women’s Champion recently posted a picture of her eye after taking a stiff knee from Skylar at the Hooked On A Friedman event for Limitless Wrestling.

During her update, Varon also took a shot at anyone who says that wrestling is fake. Because she has the shiner to prove that is not the case at all.

Got a nice shiner last night @limitlesswrestling . I took @hotscoopskylar ’s knee to the face. Who says… Wrestling is fake. One word for @hotscoopskylar … RECEIPT #blackeye #ouch

Lisa Marie Varon did not specify what kind of receipt was involved in this spot, but we can only assume that the veteran was able to get her own shots in.

She has a pretty busy farewell tour schedule lined up as well because plenty of people want to see Victoria wrestle before she hangs up her boots for good. Hopefully, this mishap in the ring won’t cause her to miss any of those appearances.