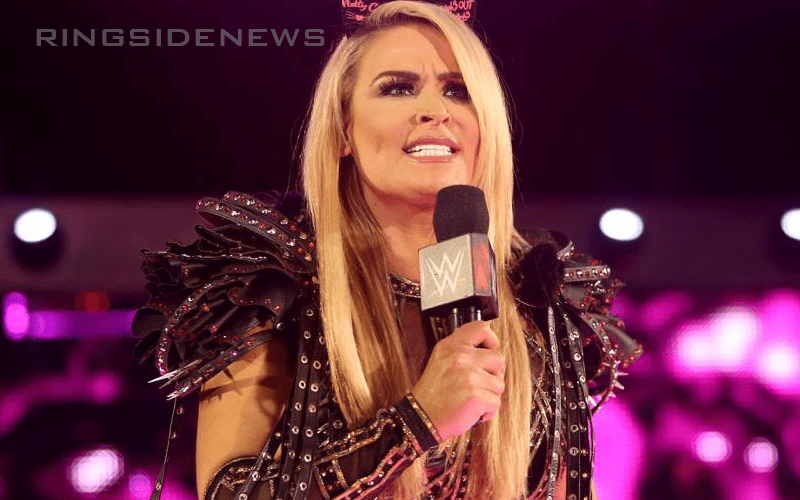 Natalya is a veteran in the ring and comes from a very famous pro wrestling family, but she is not done by a long shot. The Queen Of Harts is set for a Money In The Bank opportunity, but some fans would rather see newer Superstars get that chance.

Neidhart is a former Divas and SmackDown Women’s Champion being the only woman to hold that distinction. Now she is looking to earn a Money In The Bank contract on May 19th.

While speaking to ESPN1530’s No Holds Barred podcast, Nattie had something to say about fans who are “coming at her” and saying that she’s already had a chance to succeed in WWE.

“Some fans are coming at me saying ‘Natalya’s already had chances, give it to so and so…’ but you need experienced girls in the match. I can really body slam some girls through a ladder. I’ve never women a Money In The Bank match. So I’m not going to give up. This could be my chance. I would love to face Becky Lynch. I think Natalya vs. Becky would be a bad ass match.”

We will have to wait and see what WWE is going to do on May 19th. They have a lot of options and desperately need to do something that will not only engage fans, but bring them back to the fold as well.

Natalya seems prepared for the unexpected nature of the MITB ladder match. With her never give up attitude we might just see her face Becky Lynch in what would be a “bad ass match” in a lot of fans’ opinion other than her own.