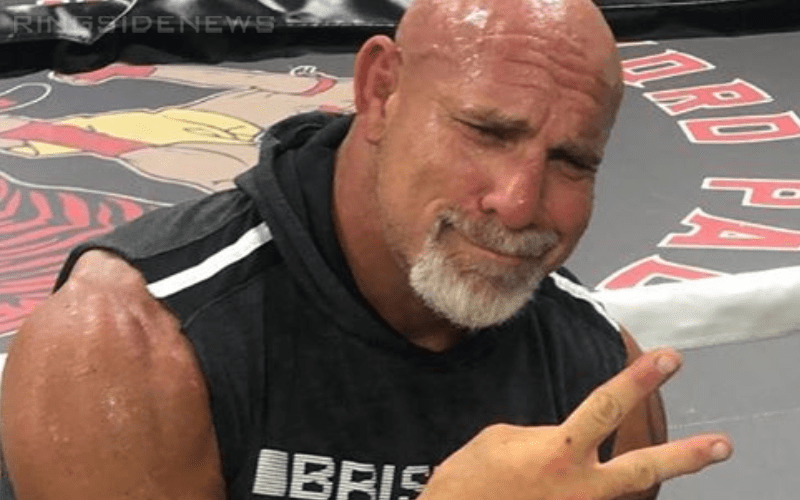 Goldberg will be taking part in the next Saudi Arabia show with WWE. We don’t know who his opponent will be just yet, but we have a pretty good idea.

It doesn’t seem to matter to Bill Goldberg if an announcement has been made concerning who’s next. Because he is getting back to in-ring shape in a big way.

The former WWE Universal Champion posted a picture of himself after training with Muay Thai coach Ruben Rowell Jr. He also made a comment about getting “back in the saddle.” So he is taking this return seriously even if it is only for one match.

Back in the saddle!!! @sootyordpalung …. here we go again! Less than a month out….

The last time Goldberg had to prepare for an in-ring return he had more time to pack on the muscle as his daily calorie intake sky-rocketed. He might have a little less time for the Saudi Arabia trip, but he’s still in great shape.