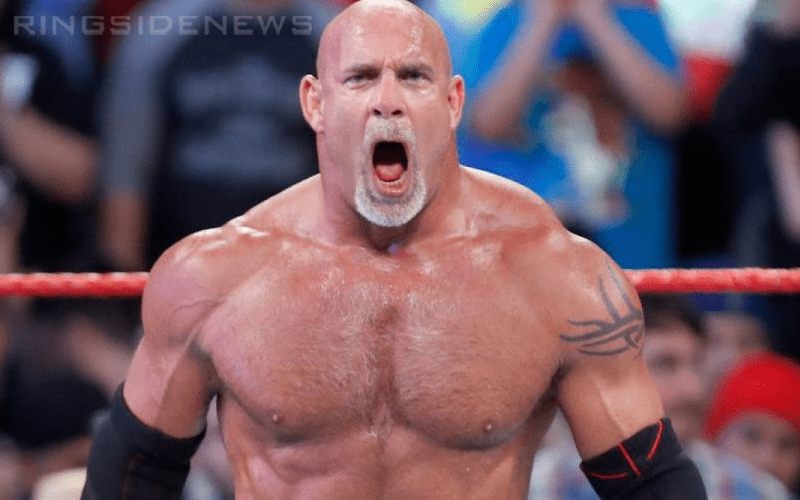 Goldberg is coming back to WWE for one night only. He will be working the June 7th event in Saudi Arabia, but an opponent has not been named just yet.

WWE seems to only have one match that they can book Goldberg in. Therefore, an opponent needs to be chosen wisely. The Saudi Arabian Royal Family likes to see big men wrestle. This is why WWE booked larger athletes for the Greatest Royal Rumble event even though they weren’t a part of the main roster. Therefore, Bobby Lashley vs Goldberg could certainly fit that bill.

Lashley made it known that he noticed that Goldberg is making a return and the former Universal Champion replied. This back and forth did not go unnoticed as even the Wrestling Observer Newsletter seemed to indicate that we could be seeing Goldberg vs The All Mighty in Jeddah.

Goldberg and Lashley have been going back-and-forth on social media, so that could be the match Goldberg will be doing in Saudi Arabia

WWE has a lot of options and a roster of Superstars who would love to face Goldberg. However, if they are only getting one more match out of him then Lashley seems like a logical choice for the situation.

It is also important to consider that WWE hasn’t even confirmed that Goldberg will be working an actual match in Saudi Arabia. So he could always come out to cut a promo and get interrupted just to hit a spear and a jackhammer to pop the KSA crowd.