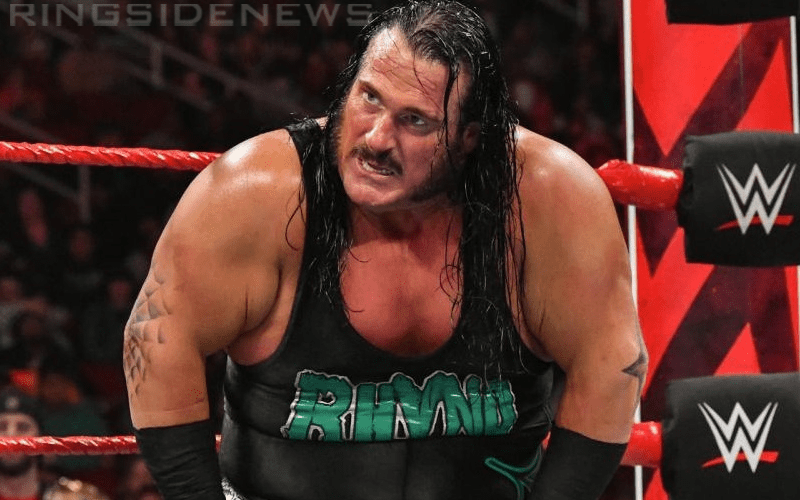 Rhyno has done a lot in his career, but now it looks like he will be moving away from WWE this summer. It wasn’t for lack of the company trying to keep him though.

The Man Beast recently sat down with Chris Van Vliet where he explained when his WWE contract expires and why he decided to leave the company. This was all done in the face of an amazing offer from the company to practically sit at home.

“July 17th is my last date there. They actually offered me more than twice my downside, but it wasn’t where they would have to use me because the downside is so large and it wasn’t about money it was about me wanting to be on the road working helping the younger guys kinda like a player coach.”

Rhyno said there is so much that you have to learn to be a WWE Superstar. He can help with that a lot with how to teach Superstars how to conduct themselves backstage and in public. He wanted to be on the road, but if he’s not traveling with the company then he can’t help foster a new generation of top Superstars.

He loves driving and on the indies he can drive and help cultivate new talent. Rhyno said it was a “mutual understanding” with WWE, but he was still afraid of asking for a larger downside because there was still a fear that he would be forced to sit at home and be miserable.

“I’d rather take a step back and work for some of these companies (AEW, Impact, ROH) and work the independent scene.”

Only time will tell where Rhyno shows up next, but we will know for sure after July 17th when his contract officially expires.