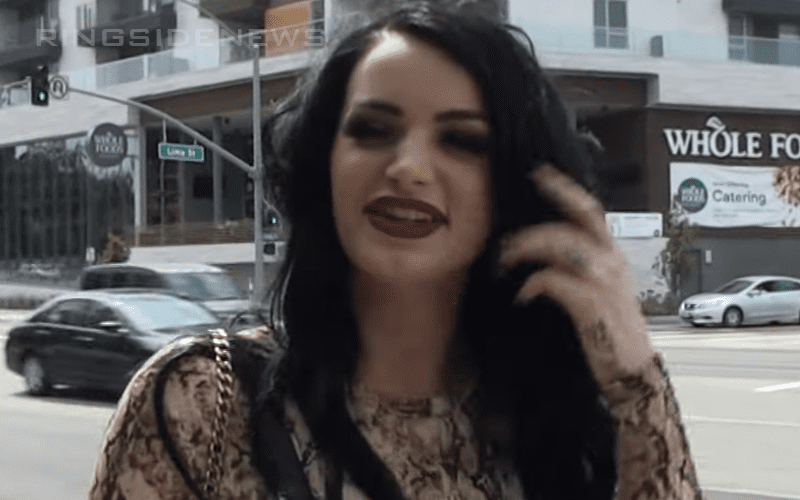 Paige has done a lot of very interesting things in her life. Her story even earned a movie based on her life called Fighting With My Family. Now it looks like she is looking for the next step in her career, but a bad tattoo might keep that from happening.

When TMZ Sports caught up with the first-ever NXT Women’s Champion recently she had a lot to day about her future plans. She said that her hand tattoos that say “talk sh*t” on one hand and “get bit” on the other might be an issue with filming.

“I want to go into movies and stuff like that, obviously I can’t do the wrestling side of things anymore. I hope so. Do that, get tattoo removal, I’ve got ‘sh*t’ on my hands, so have to get rid of that. That’s one of the top things on the list … I feel like I should cover it up. I’m twenty-six years old, having ‘sh*t’ tattooed on my hand is not the best idea.”

Paige will usually keep her hand tattoos covered when on television. After all, you still can’t said “sh*t” in WWE.

Movie studios also take a lot into consideration when casting and if there is a choice between two people who are perfect for a role and one of them needs to sit in a makeup chair to get a profane tattoo covered up every day that could sway their decision against Paige.