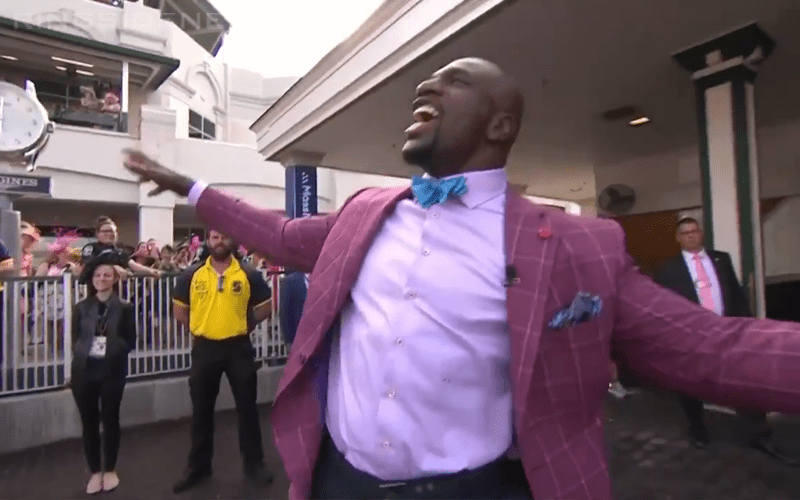 Horse racing isn’t for everyone, but Titus O’Neil really got excited about the Kentucky Derby. He had the honor of bringing the runners up which is pretty cool and he took full advantage of it.

Titus cut a promo in front of the crowd around and it’s unclear if they knew how to react. Because people really didn’t seem to react at all.

The former leader of Titus Worldwide is a great public speaker and has been able to motivate and educate a ton of people all over the country. Today was just about the Kentucky Derby though and he had plenty of fun with it.

O’Neil even did his trademark “worldwide” saying and gesture which we totally recognized, but it might have gone over the heads of most horse racing fans. People knew what he meant when announcing “runners up,” so that’s the important part.

The commentary team really seemed to enjoy it once Titus was finished as well. Say what you will, but when Titus O’Neil takes the stage in any setting he makes the most of it.