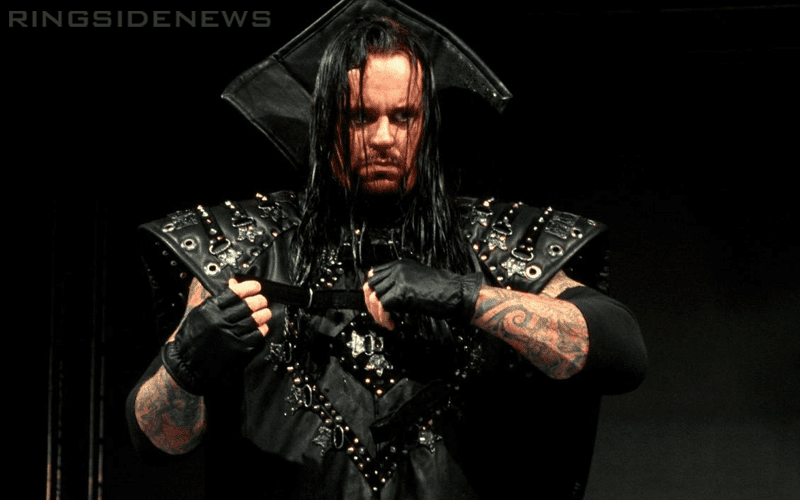 The Undertaker is a locker room leader in WWE and commands a ton of respect. As judge of Wrestler’s Court people listened to what he did and followed in his actions as well. As Bruce Prichard revealed on the latest Something To Wrestle, that almost took a bad turn.

Bruce Prichard spoke about the time ECW guys sat at ringside during a strap match between Savio Vega and Bradshaw. Prichard knew there could be trouble so he told Savio Vega to hold onto Bradshaw and not let him get to the ECW guys because JBL could have really been hot enough to fight.

Prichard hinted at Vega that if Sandman spits beer in his face to smarten JBL up and it was alluded that all of this could have taken place during the match.

They wanted the ECW angle to look real and get some attention for the Philly favorites. However, as Prichard continued, The Undertaker was legit heated about this backstage.

“The worst was The Undertaker. The Undertaker was pissed off because the guys in the back were ready to come back and stomp a hole in some ECW folks. It could have been ugly.”

ECW’s rare appearances were well orchestrated during a time before the IWC’s rise thanks to social media. Therefore, everything looked like a shoot and felt real.

It certainly seemed to trigger some Superstars backstage because it could have gotten very real if they hadn’t calmed people down.