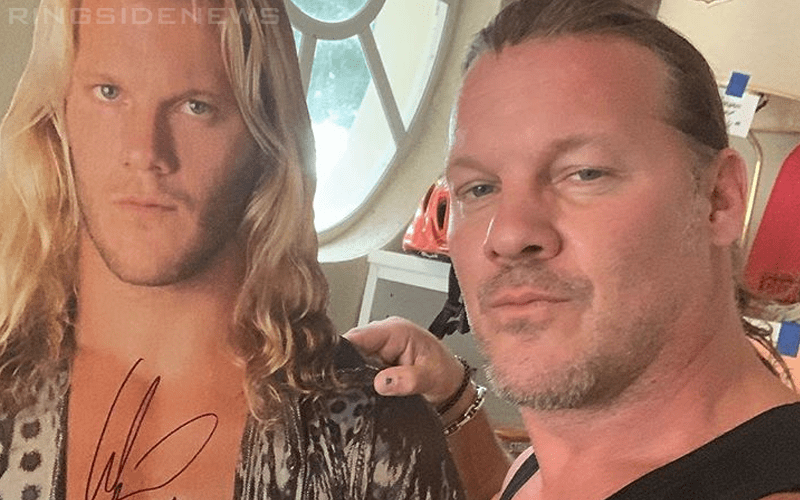 Chris Jericho is moving to a fancy new place and it’s a very expensive piece of property that you can check out here. Therefore, since Y2J is taking off he needs to be able to get rid of some things.

Apparently, Jericho doesn’t want to take everything with him so he is having an estate sale and everything must go.

This means that you can show up and get your hands on some authentic Y2J glassware if you’re so inclined. He is also selling pool toys and pretty much anything else you can think of. He has tables set up all over the place. It’s like he turned his home into a very high-end flea market.

He has plenty of things for pro wrestling fans too. Jericho has a life-size stand-up of himself that is autographed as well as plenty of copies of his books which are also autographed. He’s also selling 8x10s of himself for $1, but those don’t appear to be signed.

You can check out the video below that Jericho uploaded on Instagram. It’s a pretty detailed little tour of his home too. It probably doesn’t matter much to Jericho that his address is going to get out there because he’s moving soon anyway.