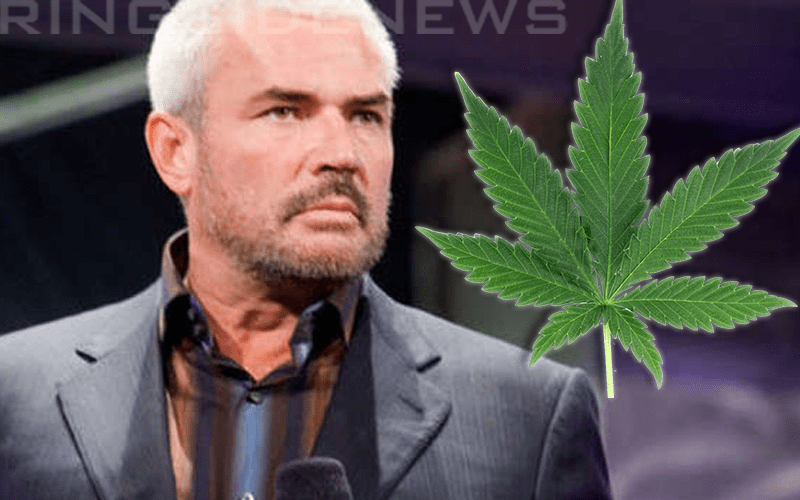 Eric Bischoff was in charge of WCW during the Monday Night Wars and he had to make some pretty difficult decisions in the process. One of those choices included firing Too Cold Scorpio because of issues with marijuana.

As he spoke about the subject on his 83 Weeks podcast, Bischoff admitted that there was no real drug testing system in WCW, especially for weed. Therefore, if a star made any effort to hide their smoking or drug use then it would normally slip between the cracks.

However, when Scorpio continued to show up smelling like pot all of the time and was unapologetic about his smoking something had to be done.

“I don’t think I’ve ever met anybody who smoked more weed than 2 Cold Scorpio.”

“Maybe Rob Van Dam. I think Rob Van Dam might give him a run for his money. Look, he didn’t even try to hide it. And back in 1994, if you even put in just a little bit of effort, try to pretend, maybe, you weren’t smoking weed eight hours a day, you could probably get away with it. Drug testing was not really a very effective science in WCW at the time. And admittedly it was not, especially for marijuana, nobody had their sights set on anybody that smoked weed, but with Scorpio, you just, he’d be out in the parking lot smoking weed, he’d walk in to catering once he got to the building and he smelled like a cannabis factory, it just, we had to do it, we had to fire him.”

“And it was too bad, because number one, I liked him, he was a cool guy, but he was an amazing, amazing performer, who had all the potential in the world, but we just couldn’t get him to put down the ganja.”

Too Cold Scorpio would become Flash Funk in WWE for a spell before going back to his Scorpio gimmick. He didn’t really materialize into much with Vince McMahon’s company either. However, he could have been a much bigger star in World Championship Wrestling if he had just been able to abstain from smoking weed in the parking lot of the building so often.