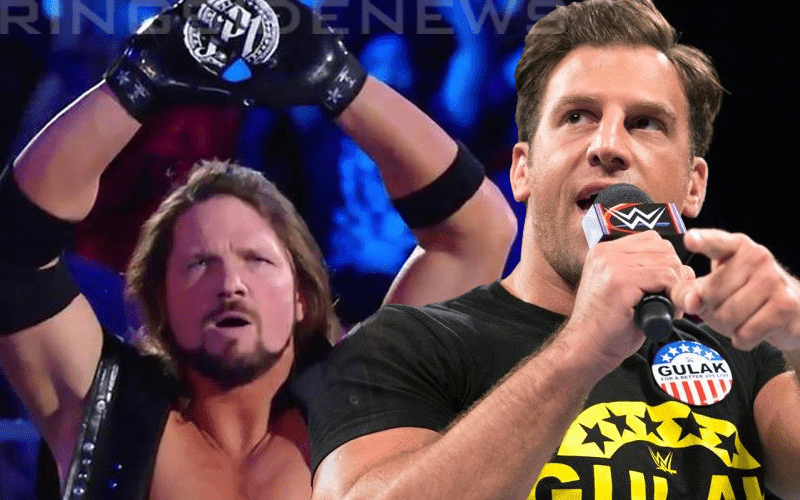 AJ Styles is on WWE Raw now, but that didn’t change his Phenomenal gimmick. In fact, now Styles has a chance to show off on a three-hour show.

Drew Gulak won’t see AJ Styles around very much anymore on Tuesday nights. So he decided to ask AJ Styles a burning question that a lot of fans had and Gulak decided to do it over Twitter.

Hey @AJStylesOrg, do you play baseball or do you just like batting gloves?

So far AJ Styles hasn’t commented on this amazing question. Odds are he really likes those baseball gloves because they sell replicas to kids all over the world and Styles racks in some too sweet royalty checks in the process for every one of them that is sold.