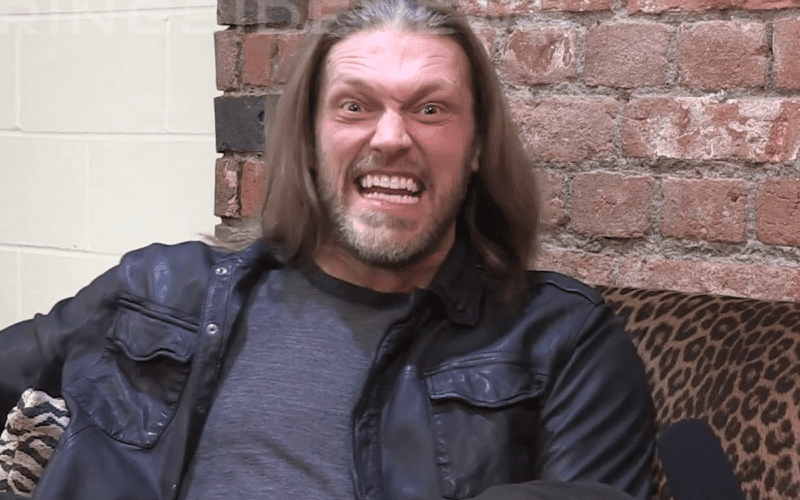 Edge is still The Rated R Superstar, but he has a wife and two daughters at home. Beth Phoenix is actually getting on the road with WWE more often very soon so Edge will have even more quality time at home with his girls.

The 7-time World Heavyweight Champion tried to take a little nap the other day, but it didn’t work out as he planned. Instead of waking up refreshed, he discovered that his girls decided this was the best time to paint him up all pretty with some makeup.

What happens when dad tries to take an afternoon siesta? Lyric and Ruby break out the new kid make up kit.

This was a pretty hilarious moment to share with his fans. Anyone with kids can probably related to this as well. Because if it’s not the walls that they’re coloring with a crayon, you might just discover that your kids have painted your face.

You can say what you like about Ruby and Lyric’s makeup skills, but Edge certainly looks prettier, right?