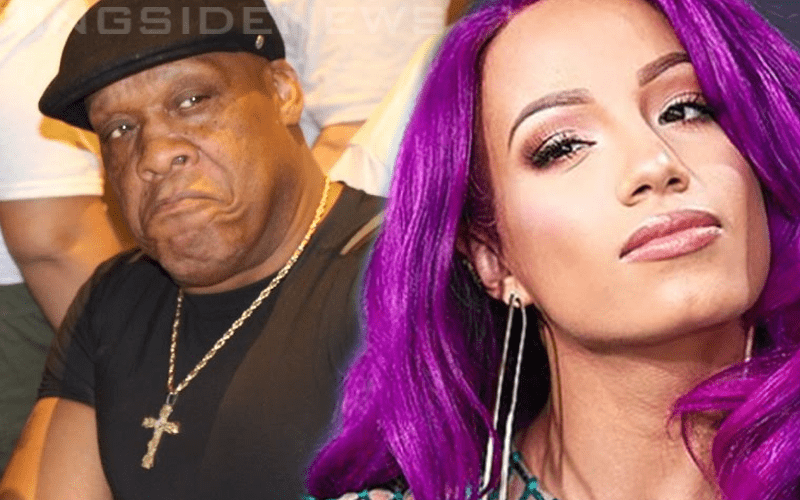 Sasha Banks’ relationship with WWE is said to be in a big stalemate right now. The two sides can’t seem to work out a deal which could be a real problem in the upcoming months. Because Banks asked to quit the company and WWE said no.

Instead of letting Banks out of her contract, WWE could freeze her contract and keep her essentially forever. Of course, Banks could hire an attorney, but WWE has way more money to pump into a lawsuit than The Boss does.

Tony Atlas has been around the pro wrestling industry for decades and knows what WWE is capable of. He provided some suggestions about what could be next in this tricky situation while speaking to Boston Wrestling MWF. Because the way he sees it, WWE doesn’t need Sasha Banks and it is the other way around.

“They never fire you on the spot. You always get it at home. That’s why they say go home and think about it. Now what they do, they have a meeting. Now, if she [does] decide to come back, they’re going to destroy her. Her career is over. They’ll job her out. She lost [reliability], because what she… just told them, ‘you can’t trust me.’ That’s all she did. She let the wrestling world [down], and not just the wrestling world; everybody [who is] affiliated with the WWE is looking at it the same way.”

“You know how many women right now [are] kissing up to Triple H, kissing up to Stephanie [McMahon] and saying, ‘who are you gonna put in that spot?’ She left a spot. They’re glad she’s gone. Every woman there is glad Sasha’s gone. She’s gone. Vince is not going to let [her do that]. If Vince let her do that, [this is] what you gotta understand, he just told every wrestler there that they could do that.”

This incident could certainly include some terrible ramifications for Sasha Banks’ career. She could find herself sliding down the totem pole in quick fashion if she does return which has to be something Banks realizes. Because she’s already lost a tag team partner in the process.

It has been reported that Banks could be headed back to SmackDown because she’s burned so many bridges on RAW. It was also said that she has to be kept separated from Alexa Bliss anyway which isn’t a good sign either.

Hopefully, everyone will be able to work things out in this situation. As always, we will keep you updated as soon as we hear anything new right here at Ringside News.