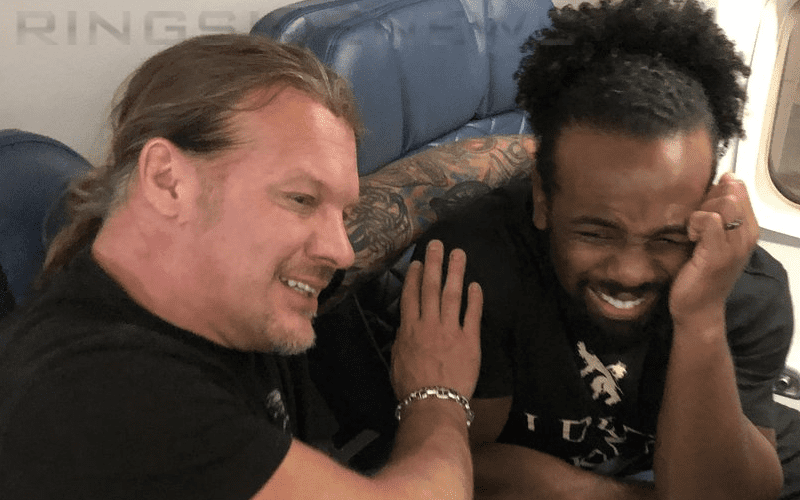 Kevin Owens is not a very good friend to those Superstars that WWE pairs him up with. It didn’t take long for him to turn on The New Day, but another man knows the pain of a Kevin Owens turning on him and that’s Chris Jericho.

Y2J and KO were best friends for a lot longer than Owens’ membership with The New Day lasted. They were great pals until The Festival Of Friendship happened which was something that Y2J had to fight Triple for.

Somehow Xavier Woods and Chris Jericho met up and it looks like they got close on a flight. Y2J was able to console Xavier Woods because he knows how it feels to be the target of Kevin Owens’ aggression.

When only a few people know how you feel….

It is a pretty great picture and Kevin Owens even thought so himself because it didn’t take long for him to comment on it as well.

Now it looks like Kevin Owens is going to be facing Kofi Kingston for the WWE Title at Money In The Bank whenever they get around to announcing that match.