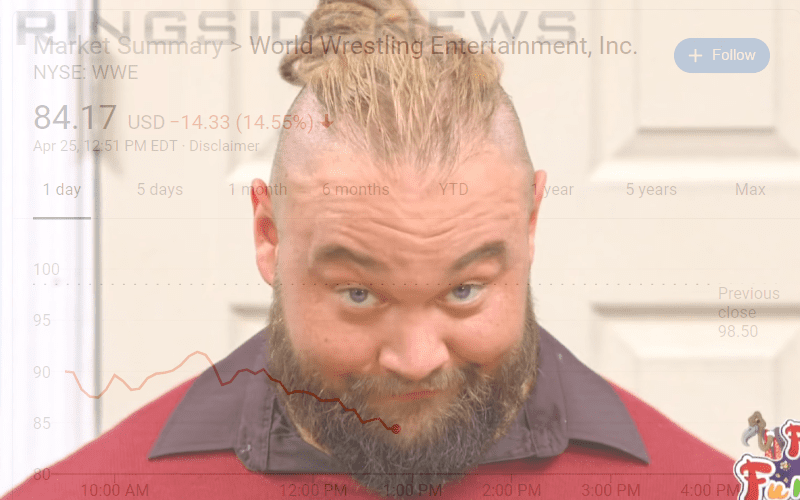 Bray Wyatt is still just as cryptic as he ever was no matter whether he is host of the Firefly Fun House or not. That segment was gold and everyone seems to be on board for his repackaging now, but there was a short time when the company wasn’t sure if they would carry on with it.

Stockholders and sponsors weren’t too happy with the idea of a cult leader for children. So WWE had to come up with some other options. Luckily, they’re keeping the Firefly Fun House together… hopefully.

Then something strange happened with WWE’s stock today. Because the price broke a new record with a massive drop.

Bray Wyatt saw this and whether he meant to comment about the plummeting stock prices or the fact that some shareholders apparently didn’t dig his new gimmick, he still had something great to say in general.

Of course, WWE stock didn’t drop because of the Firefly Fun House. They actually reached a new company high yesterday by breaking $100.

The huge drop was due to WWE’s poor earnings after the 1st quarter report came out and destroyed Vince McMahon’s logic.