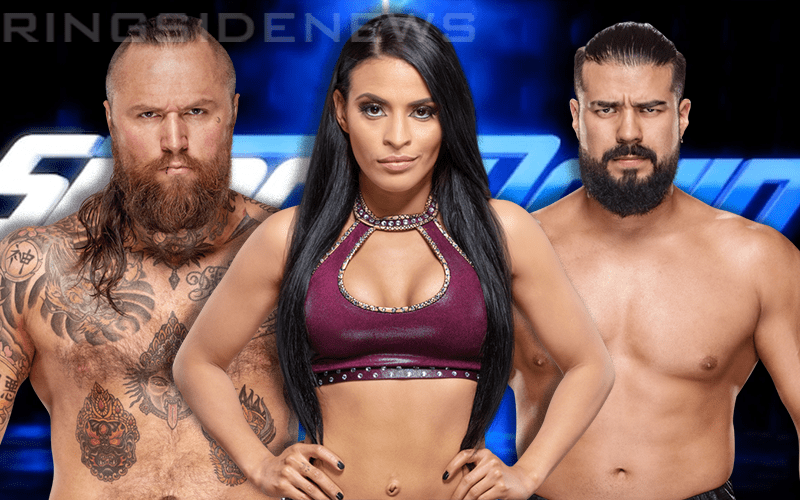 The WWE Superstar Shake-Up was shaken up once again. It appears that WWE switched three Superstars a week after they were moved to RAW.

Andrade, Zelina Vega, and Aleister Black appear to be on SmackDown Live now. This is a very interesting decision for the company and there could be a couple of explanations.

Bryan Alvarez opened up about this subject on Wrestling Observer Live. There are a couple of interesting reasons why something like this happened and neither of them are very good looks for WWE.

“Maybe they realized, ‘Oh my god we shot an angle and then drafted the guy to the wrong show we better get him over there.'”

“You don’t think that they knew going in that Charlotte and Andrade were together? It was an accident that they put them on separate brands? So there’s two things that happened here. Either people really complained about it or [WWE] did something without thinking.”

Alvarez went on to say that looking back at the last year of WWE, the company likely did something without thinking. It is either that or they “over-thought” the situation.

Whatever the reason might be, it appears that Charlotte Flair and Andrade are back together behind the scenes. For that matter, Aleister Black and his wife Zelina Vega are also together. Meanwhile, Ricochet who is dating NXT Superstar Kacy Catanzaro is still listed as a RAW Superstar so he might get a chance to see how the waters treat him as a singles competitor.