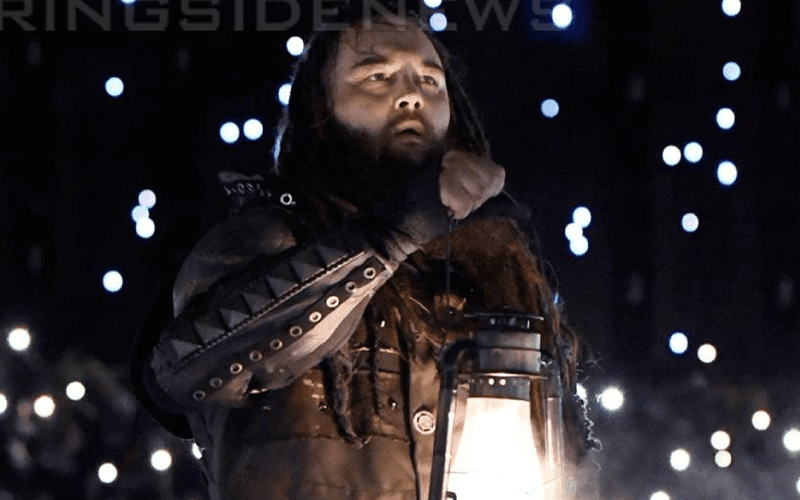 Bray Wyatt hasn’t been seen on WWE television for quite a while. It turns out that he was likely assisting his girlfriend JoJo Offerman as she is very pregnant with the couple’s first child Knash.

While he has been away from WWE, Wyatt appears to have put in some serious work in the gym. It also looks like he has been keeping a strict diet. Because The Eater Of Worlds has slimmed down quite a bit.

You can see in the photo below that Bray Wyatt has toned himself up quite a bit in the muscle department as well. This added to the fact that he has slimmed down dramatically gives him a totally different look.

Needless to say, he doesn’t resemble Husky Harris in the slightest anymore.

We will have to wait and see when WWE brings Bray Wyatt back to television, but those creepy vignettes with puppets and eerie dolls sitting on rocking horses will likely keep airing until he does make his return. So at least we have that to look forward to.