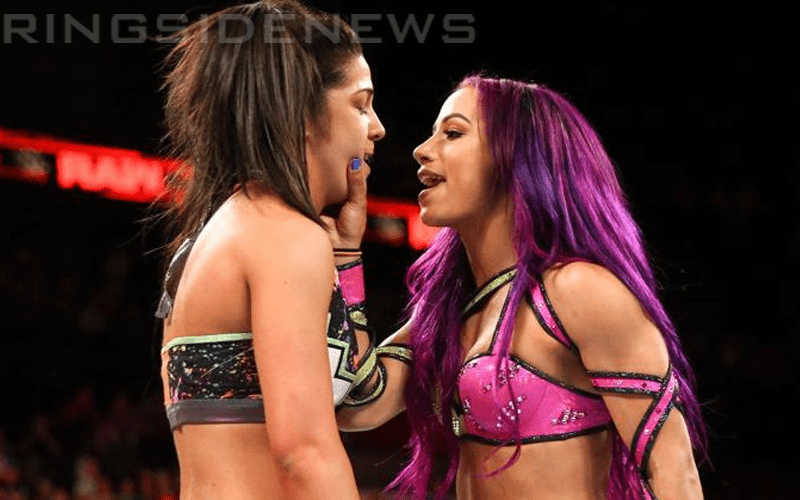 Sasha Banks told WWE she wanted to quit and the company gave her a few weeks off. Only time will tell if that will actually fix things, but there might be a lot going on in this situation to make it even more complicated.

Brad Shepard said on Oh, You Didn’t Know that the situation with Sasha Banks was getting bad to the point where it was starting to change Bayley’s behavior as well.

“She has apparently influenced Bayley to act like this as well which indicates that it’s a bad situation.”

Both Bayley and Sasha Banks were laying on the floor in the locker room before WrestleMania and in front of one of their hotel rooms to show dissatisfaction over losing the WWE Women’s Tag Team Titles. This was not the kind of thing that Bayley did on her own.

The company is hoping that Banks will be back by Money In The Bank and Dave Meltzer said she is booked for the show. However, Vince McMahon also reportedly said that they are not going to kiss Sasha Banks’ ass in the process so she does return.