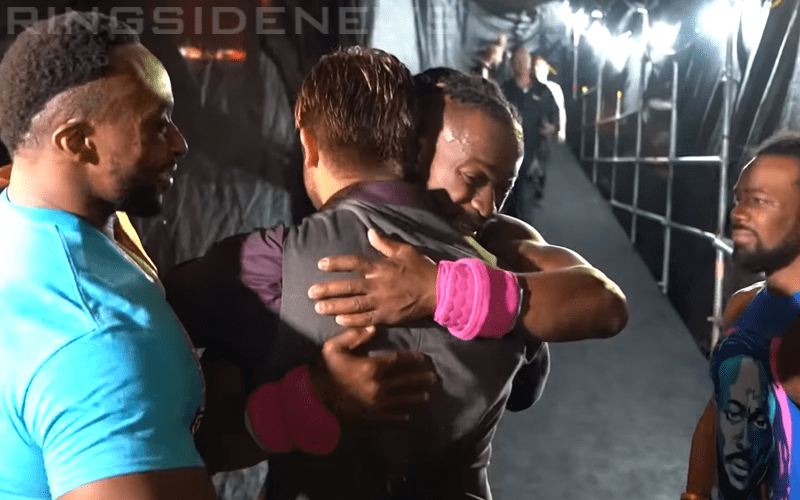 WrestleMania was a special night for people who believed that WWE could do something different. Tyler Breeze was quickly eliminated during the Andre The Giant Memorial Battle Royal as part of the kickoff show, but he got to watch some of his closest friends reach the top of the mountain.

It’s not clear why WWE hasn’t pushed Tyler Breeze. As a former FCW Heavyweight Champion he has plenty of experience and the Fashion Files proved he can get over with the fans. Still, he hasn’t received his big opportunity yet.

Kofi Kingston was fortunate enough to get a life-changing WrestleMania moment and Breeze was backstage waiting on the New Day when they came backstage.

Xavier Woods included a very special moment during the latest Up Up Down Down that shows Breeze waiting on his friends backstage to give them a big celebratory hug. It was a pretty great showing of respect that was captured on camera.

You can check it out in the video below which should be cued up to show that portion of the video at the 8:45 mark.