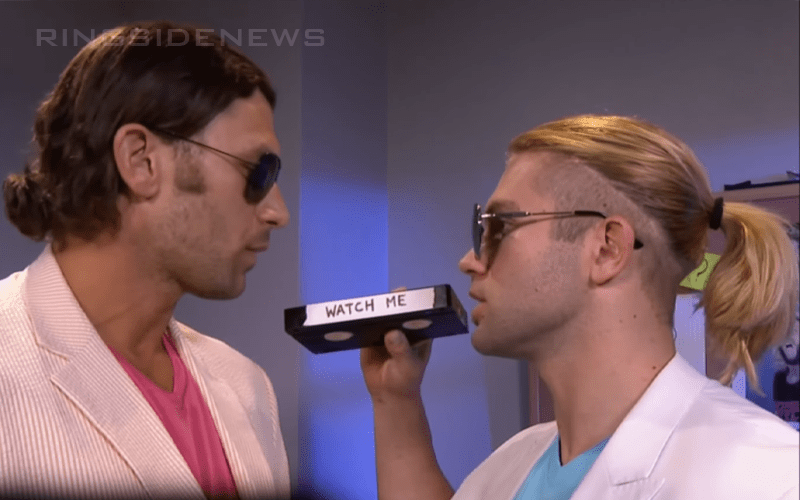 Tyler Breeze and Fandango made up the Fashion Police on SmackDown Live and fans were treated to semi-weekly segments of The Fashion Files. These bits were ful of parody and inside jokes about the pro wrestling business, but they may never come back.

Fandango was taken out of action with an injury and although he might be gearing up for a return, that doesn’t mean his tag team will be reforming. He expressed interest in displaying a more serious character during a WWE Performance Center documentary about his return to the ring.

Now Tyler Breeze is giving fans a strong clue that his sleuthing days might be over as well. “Why did the fashion files end?” Price Pretty asked on social media. So far he received plenty of responses from “WWE takes away anything we love” to “you’re better than the Fashion Files.”

The general consensus was that WWE took it away because it was too good. The Fashion Police haven’t been on the case during WWE’s main roster shows since their move to Raw.

To make it even more interesting, Breezango’s t-shirts are currently found on the WWE Shop’s clearance section right next to the Bludgeon Brothers’ merch. You never know if they could be making a return, but this was certainly a big hint from Breeze that we’ve seen them take their last case.