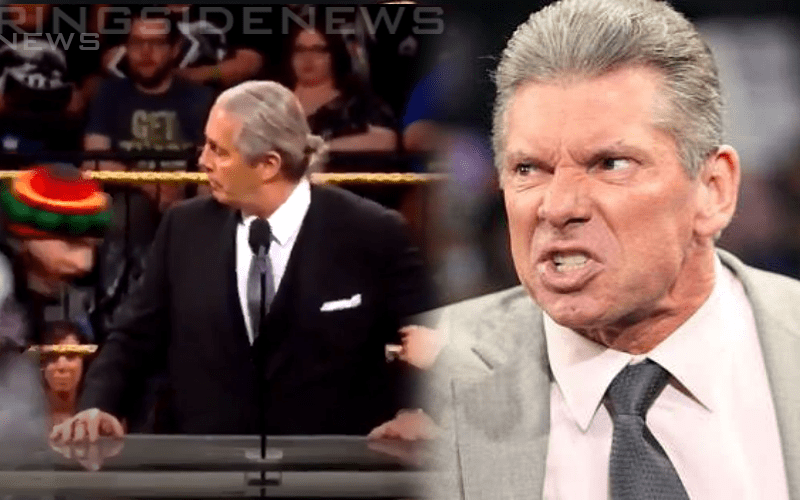 Bret Hart was tackled during the WWE Hall Of Fame event. It came out of the blue, but there were plenty of people around to help beat the stuffing out of that rouge “fan.” However, it might have caused Vince McMahon to make a very rash decision.

Brad Shepard said on Oh, You Didn’t Know that Vince McMahon was very upset about Bret Hart getting attacked during the WWE Hall Of Fame. In fact, he is toying with the idea of not letting fans into the ceremony ever again.

Sometimes all it takes is one bad apple to ruin an entire event for a bunch of people who just want to respect legends. There was no excuse to attack Bret Hart even though his attacker was still able to come up with one.

We will have to wait and see, but WWE might need to book a smaller venue for the HOF next year in Tampa because there could be a lot people in the building if fans aren’t allowed to attend.