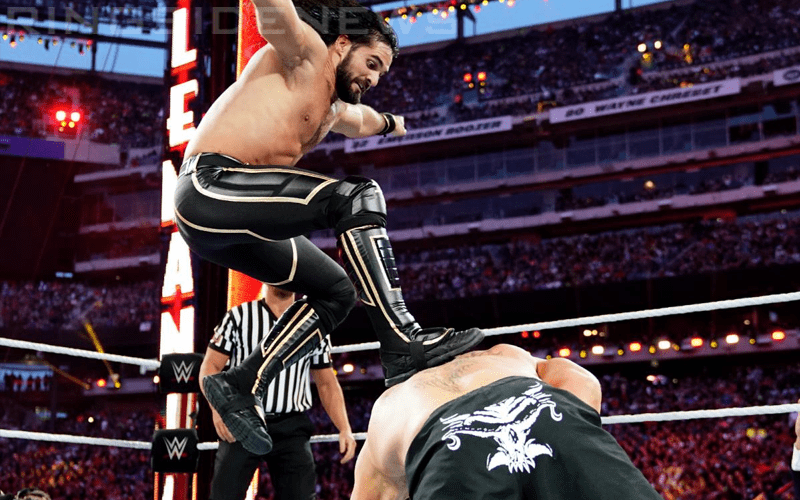 WrestleMania is now behind us and the show was a mixed bag to say the least. One thing that fans were not expecting was the opening contest being the Universal Title match.

We previously reported that the opening match of WrestleMania was changed around during the kickoff show. Rollins vs Lesnar was not the first choice and AJ Styles vs Randy Orton was actually slated to go on first.

The Wrestling Observer Newsletter noted that the actual placement for Rollins vs Lesnar would have meant the Beast Incarnate would have been left waiting for a very long time backstage.

The Rollins win over Lesnar was originally slotted to go right before the women’s main event.

It is no wonder that Brock Lesnar didn’t want to go on second to last. Because he would have been left waiting for seven hours without a main event payday. That makes perfect sense because Brock Lesnar really likes money. He also likes getting his work done early so he can fly back home to Sable.