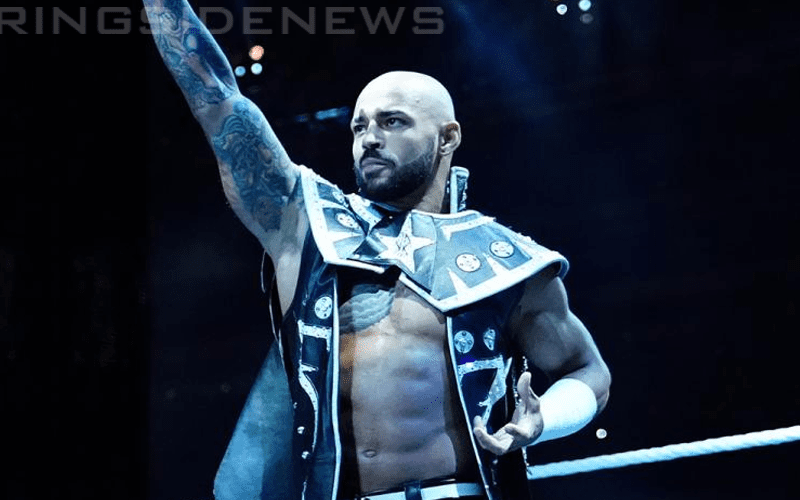 Ricochet and Aleister Black are still a team on the WWE main roster. You never know if they will still be on the same brand after the WWE Superstar Shake-Up next week, but the two recent NXT call-ups are still being booked to look incredibly strong.

The One And Only defeated Chad Gable during a tag match on RAW this week, but he didn’t use a typical top rope finisher. Instead, Ricochet utilized a Codebreaker. This was certainly noticed as Dave Meltzer and Bryan Alvarez discussed it on Wrestling Observer Radio.

It was noted that WWE is likely giving Ricochet a finishing move that doesn’t require him to take a high risk every time. He will keep doing his amazing top rope moves, but giving him a finisher that he can do on the ground is still a very wise idea.

As Ricochet’s move set continues to expand, it is also very interesting to note that they appeared to give him The Codebreaker. Of course, this is Chris Jericho’s finishing move, but he won’t be using it in WWE for a while.