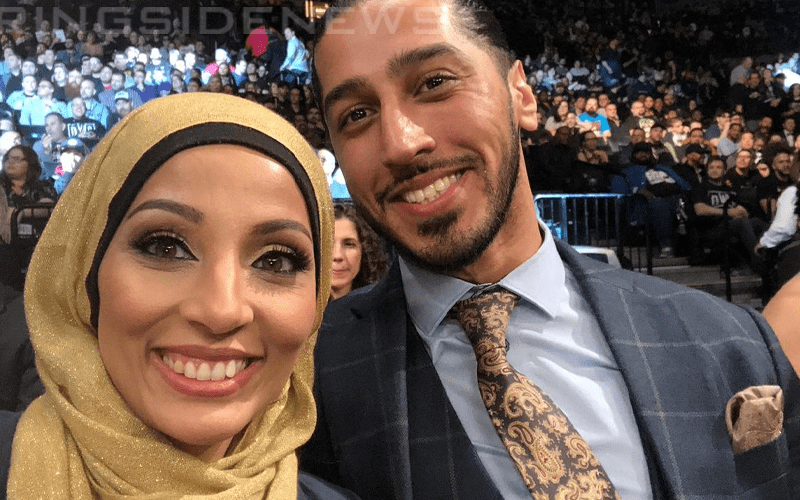 ALI brought his wife to the WWE Hall Of Fame and they both looked great as they dressed for the formal occasion. You can actually see what all of the WWE Superstars wore on the red carpet here.

One “fan” (and we use that term loosely here) tweeted out a hateful message to ALI, but it was directed to ALI’s wife. In the tweet, this person said: “This is America show some respect. Please remove the Muslim head wear. Be a true woman not a Muslim slave.”

ALI has dealt with haters before and although some might think this kind of comment would cause him to fly off the handle, the former Heart Of 205 Live had a very calculated and calm approach.

“My friend, there is nothing more American than being allowed to freely practice your religion.”

You really can’t get much classier than ALI in this kind of situation. He understands that people will only see him differently if he acts differently. It just goes to show that as he continues with WWE, ALI plans on remaining a great example to represent his culture.