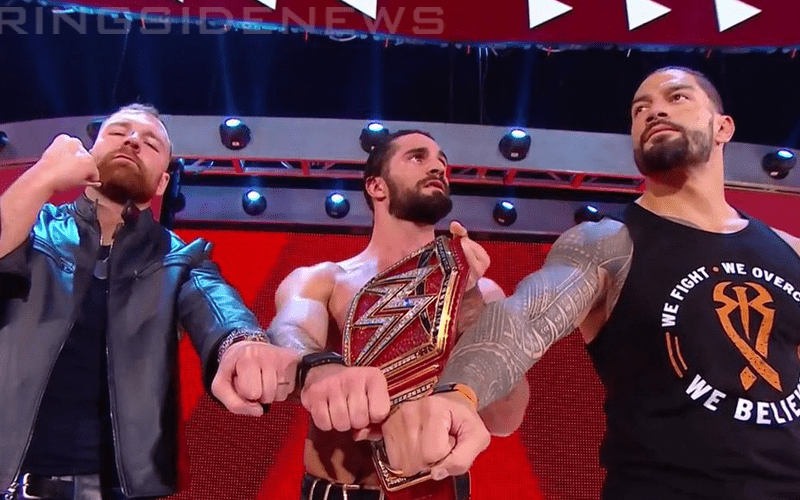 The Shield will never be the same after Dean Ambrose leaves. They can try and replace him with an honorary member as they plan to do later on, but the original Hounds of Justice will always be Roman Reigns, Seth Rollins, and Dean Ambrose.

The RAW After WrestleMania was full of plenty of newsworthy notes. If you want those details you can check here.

After RAW went off the air, Rollins and Reigns called Ambrose out so The Shield could have one final bow. Dean Ambrose had a chance to say how much he loves the Barclays Center. He said how much they appreciate the fans and he had one final chance to say goodbye while the fans chanted “thank you Dean.”

They posed as The Hounds Of Justice once more before finally leaving. The live crowd in the Barclays Center was very happy to see this ending especially considering the swerve finish they just had to sit through.