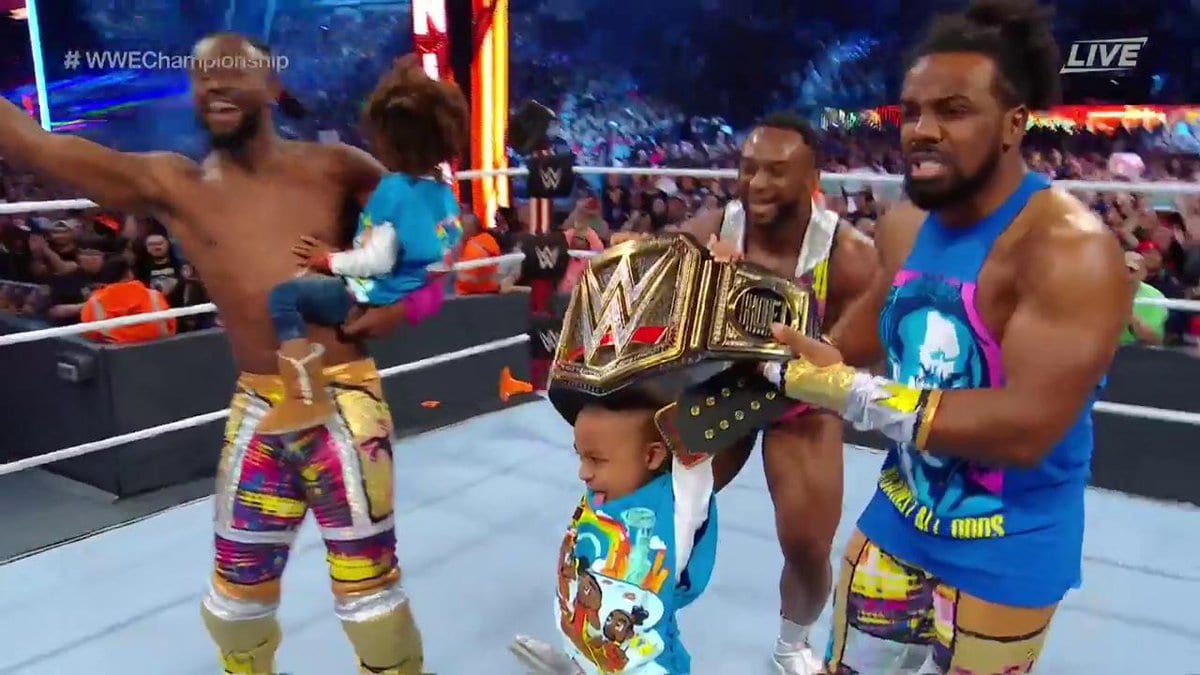 KofiMania was running wild all through MetLife Stadium during Kingston’s WWE Title match against Daniel Bryan. If the building had a roof they would have blown it off. However, WWE spoiled this match in a big way before the title changed hands.

If you would like full WrestleMania 35 results you can get those by clicking here.

Big E had a big surprise for Kofi Kingston after winning the WWE Title. He had a box at ringside that included new New Day merch. This merch featured Kofi Kingston as WWE Champion. After Kofi won the match, Big E opened the package and presented everyone in the ring with the new t-shirt.

WWE Shop was a little too eager to get that merchandise out there to the masses. Because they put that shirt up for sale during the WWE Title match instead of at the end of it.

Therefore, anyone who was cruising for merchandise during WrestleMania was likely to have the big WWE Title match spoiled for them.