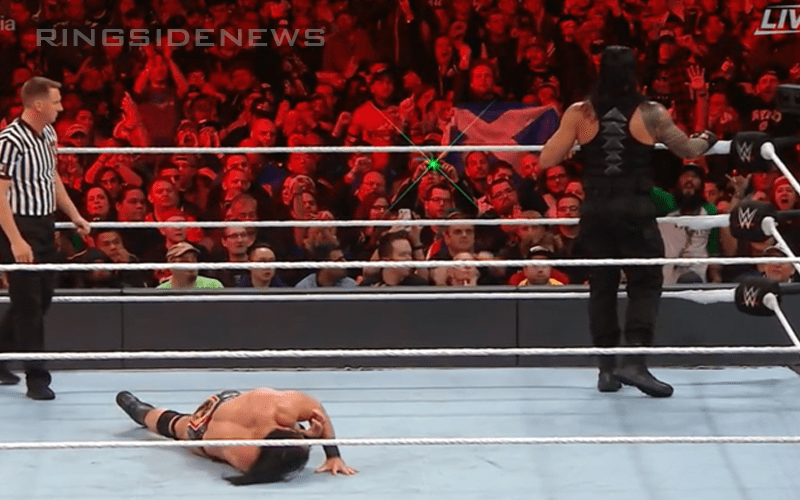 WrestleMania is the kind of event that can draw emotions out of many people. There might have been a little too much going on in that regard in MetLife Stadium during the Roman Reigns vs Drew McIntyre match.

If you want full WrestleMania 35 results you can get all of that information here.

If you were watching WrestleMania 35 and noticed the crowd pop during the Roman Reigns vs Drew McIntyre match and it seemed out of place then there is a reason for that.

Our correspondent reports to Ringside News that the crowd was very dead in the stadium for this match until a massive fight in the crowd adjacent to his side of the ring. People started cheering loudly when it broke out and even louder when they started leading those involved in the fight out of the stadium.

Thanks to Chris Goldsmith for contributing to this article