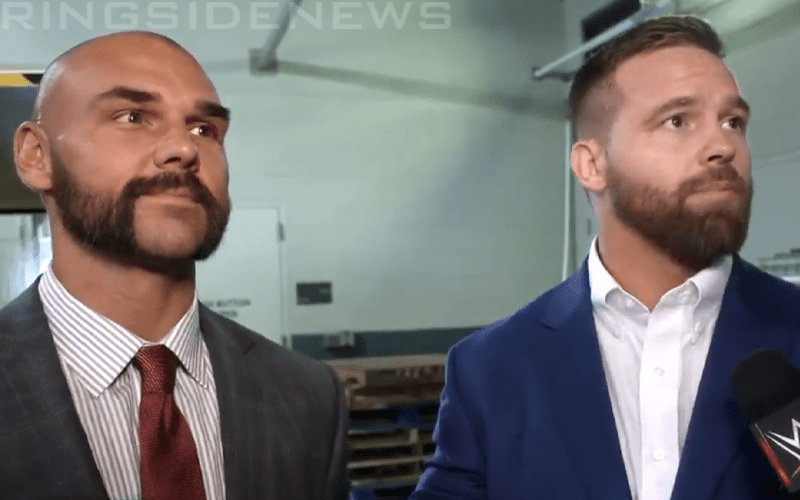 The Revival are Top Guys and rolling into WrestleMania 35 as the RAW Tag Team Champions. They have a team to face in Zack Ryder and Curt Hawkins, but they aren’t taking them too seriously.

Scott Dawson and Dash Wilder cut a scathing promo on Hawkins and Ryder as they arrived in MetLife Stadium. They obviously don’t see much of a threat from two guys who still play with toys.

Hawkins and Ryder do host the popular Major Wrestling Figure podcast where they talk about WWE action figures for an hour a week. WrestleMania will be all seriousness as Hawkins fights to break his unbelievable losing streak.

We will have to see what happens at the show of shows, but The Revival were able to do some pretty serious promo work before the event.