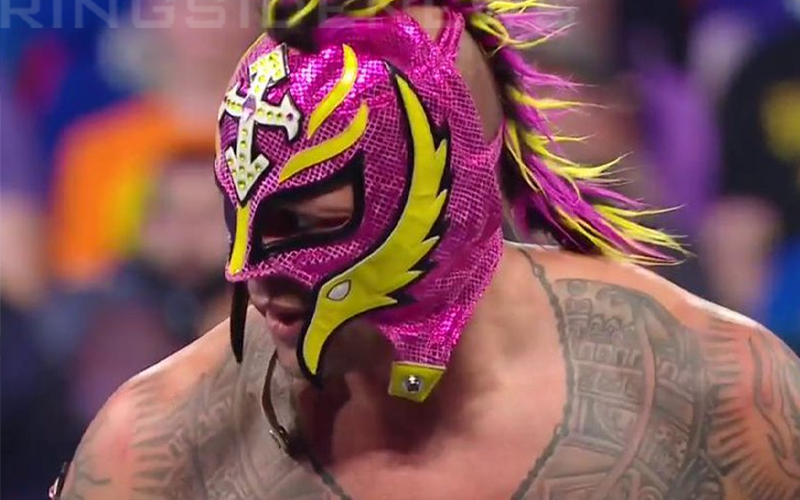 At this time, it looks like his WrestleMania match against Samoa Joe might be in question. Mr. 6-1-9 posted an Instagram update which not only provided video evidence of when he was hurt, but he also said that he is praying to be able to work the show of shows on Sunday.

Suffered an injury on my right ankle this past Monday night on Raw against @baroncorbinwwe
Praying 🙏🏼 to be ready for Mania this Sunday!

Let’s hope that WWE is able to figure something out if Mysterio can’t work the match. It would be a real shame too because his son Dominick was reintroduced to the WWE Universe through this program and he was set to be at ringside as well.