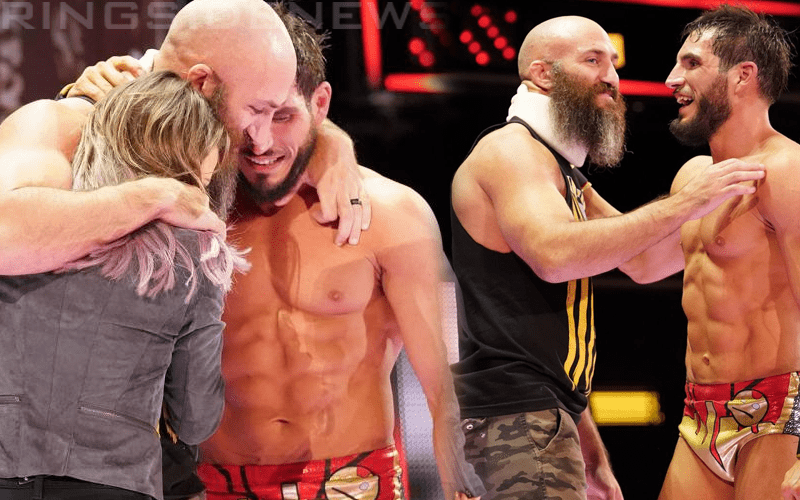 NXT TakeOver: New York will be remembered as the night Johnny Gargano finally became NXT Champion. Whether that mean his WWE main roster call-up is now suspended is a question for another day. Because Johnny Wrestling finally captured the biggest title in NXT.

Johnny Gargano opened up after his NXT Title win at NXT TakeOver: New York. He was still dealing with the afterglow of his incredible title match when Tommaso Ciampa met him on the stage to celebrate with his former tag team partner. Then Gargano and Ciampa shared some words on the stage which Johnny revealed while speaking to WWE after the event’s conclusion.

“I told Tommaso on stage that I was gonna take care of Goldy for him for a little bit. I know that some people thought this night would go a little differently, but Johnny Champion — Johnny Gargano a kid from Cleveland is NXT Champion. Life is cool, life is extremely cool.”

Johnny Gargano is NXT Champion and he will be tasked with carrying on Tommaso Ciampa’s legacy as the Sicilian Psychopath recovers from a neck injury.

Hopefully, Ciampa will come back 100% and not have to take any more breaks in his WWE career so we can see what the next phase of their story is eventually. In the meantime, Goldy is in good hands.