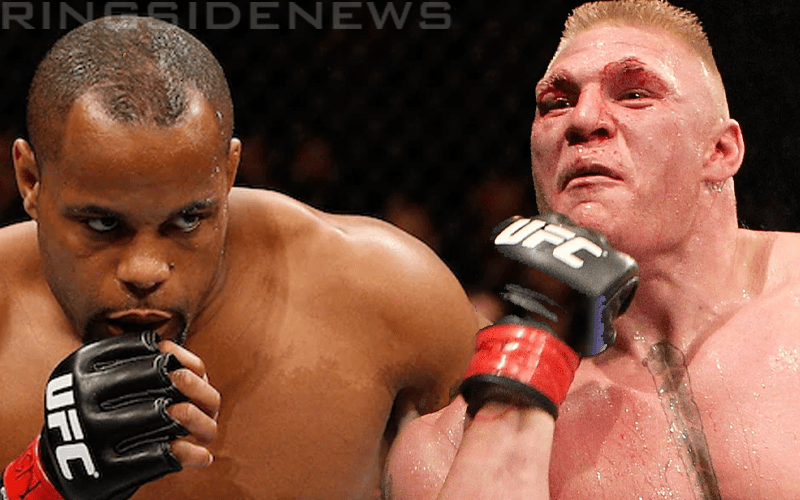 Brock Lesnar is rolling into yet another WrestleMania as the Universal Champion. He will face Seth Rollins at the show of shows and a lot of questions are beginning to swirl once again about his future with WWE.

Dave Meltzer spoke about the proposed fight in August between Daniel Cormier and Brock Lesnar on Wrestling Observer Radio. UFC might be willing to put the UFC Heavyweight Championship on the line for Brock, but this fight is anything but written in stone.

“Ariel Helwani by the way mentioned that they were — UFC wants Brock Lesnar and Daniel Cormier in August. What I can tell you right now is that fight is not signed. I mean I’m sure that yeah that he wants that, we’ll see what happens. I’m sure UFC wants it in August as soon as possible.”

“I’m sure Cormier wants it. I’m sure Brock wants the fact that they want it and he’s still in the testing pool so he’s still playing the game.”

DC already said that he’s going to postpone his retirement to face Brock Lesnar or somebody else. We will have to see what can be arranged, but this is certainly coming at a very interesting time with WrestleMania this Sunday.