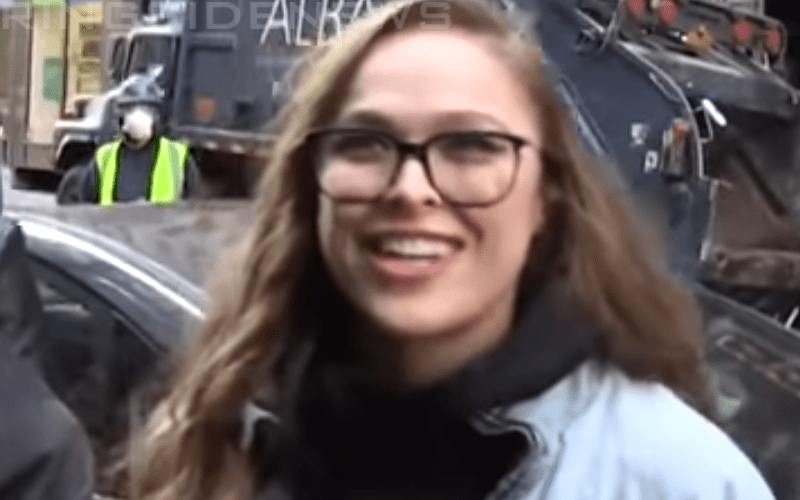 There are plenty of big rumors floating around that Ronda Rousey will be taking a hiatus from WWE following WrestleMania 35. She is walking into the event as RAW Women’s Champion, but both Becky Lynch and Charlotte Flair are chomping at the bit to take that title off of her.

TMZ caught up with the Baddest Woman On The Planet and asked what her plans are for the future. She replied that WrestleMania is next because it’s this Sunday, but they further pressed her for an answer. Then she revealed that she might have to reconsider things after the show of shows.

“I don’t know, I guess I’ll have to reconsider my life after Sunday. So it’s a do or die moment so we’ll see.”

She is excited to be making history and thanked people for their support as she tried to get away from the cameras. She took some selfies with fans while avoiding answering a question about John Oliver’s controversial statements about WWE.

All she would say about the Last Week Tonight segment about WWE was “I’m a huge fan of John Oliver.”

It was a pretty crazy scene with Ronda Rousey so there wasn’t much time to talk. Then again, she might not have been up to answering the kind of questions TMZ was throwing down anyway.