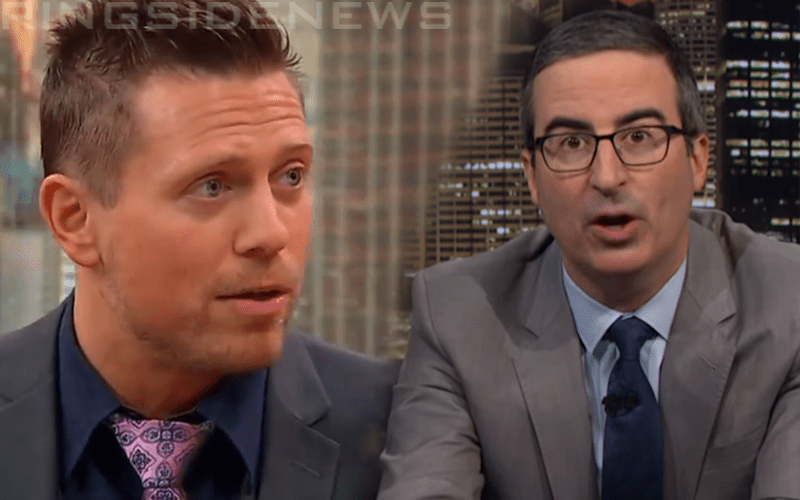 John Oliver had a lot to say about how WWE treats their employees. Actually, the Superstars are not employees, they’re independent contractors which makes things even worse. It is also ironic because WWE Superstars are usually considered at a higher level than people on the indies, but they’re classified the same.

The Miz recently appeared on Sports Illustrated Now where he was asked about the controversial Last Week Tonight segment. He had a lot to say, but over all The A-Lister had to disagree with a lot that they said on the program primary because he hasn’t experienced the company treating him poorly and he views anyone who would complain as someone who might have sour grapes.

“Who doesn’t take shots at WWE, especially when WrestleMania is around? All the news is about that. The way I look at what he said, and I don’t know all of it verbatim. I’ve been there for thirteen plus years. I met my wife in WWE and we now have a child together and trust me… I live a pretty incredible life.”

“It’s not every day where you get to go out in front of 80,000 people and either have them boo or cheer you, but be interactive. We get to create moments that last a lifetime. And the way I’m treated, I’ve got to perform in movies with WWE Studios, I have my own reality show Miz & Mrs on the USA Network which you can see every Tuesday. I’ve been so fortunate of everything that WWE has given to me.

It really is one thing to ask a current top WWE Superstar as opposed to someone lower on the card or better yet, someone who wrestled a decade ago.

We have seen WWE improve their programs for concussions and drug rehab in the past few years, but there is still no pension or 401k for former Superstars of a publicly traded company. They also aren’t classified as employees which was the main thing John Oliver was trying to shine a light on.