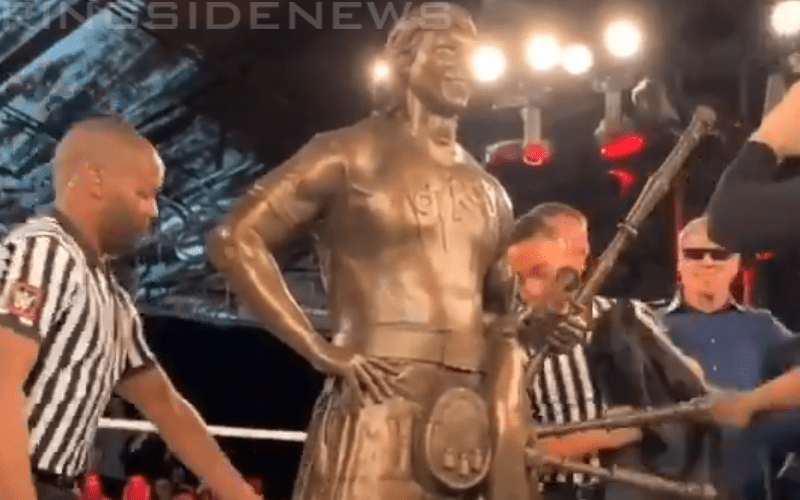 “Rowdy” Roddy Piper would have certainly been proud of Ronda Rousey as she wore his jacket during her WrestleMania debut. Now she is going into her second WrestleMania match and he is enshrined as a statue.

The late Piper is the most recent WWE Hall Of Famer to have his likeness put in statue form at WWE WrestleMania Axxess.

They had the big unveiling today with a bunch of WWE officials including Jimmy Hart, Sting, and Brutus Beefcake among others.

This was a pretty stunning likeness to the WWE Hall Of Famer. Previous statues include Bruno Sammartino and Ultimate Warrior so the Hot Rod is in pretty good company.