Cody Rhodes is excited about finalizing the AEW broadcast team. With the commentary team they are bringing to the table it’s hard not to be thrilled about AEW’s future.

Alex Marvez will be on the commentary team and in a very interesting note he was calling a match with Austin Theory as the main event of All Elite Wrestling. Theory is of course, an EVOLVE Superstar who has hinted strongly about joining NXT. David Arquette was a name that was a part of the mock commentary he did as well.

The Young Bucks said that Excalibur is their #1 pick and Cody agreed that he was the anchor of the ALL IN broadcast. It looks like AEW might have a three-person announce team because there was another huge signing to announce later on.

Former WWE ring announcer Justin Roberts will also be joining AEW and this was apparently Brandi Rhodes’ call. After all, Roberts helped Brandi a lot during their time in WWE.

Then they made the big announcement that Jim Ross will be joining the commentary team as well. Of course, this was something that we saw coming, but the footage of Good ole JR accepting the job was a pretty big deal.

Jim Ross has signed a 3-year deal with AEW and will also serve as a senior adviser. This was first reported by Rajah months ago.

Ross said he doesn’t know what can make him happier than what he is about to start with AEW. He said the opportunity to help present something new is something he can’t pass up.

When asked why he was so set on JR, Cody replied: “Because he’s Jim f*cking Ross.”

You can check out the video below showing all of the reveals. 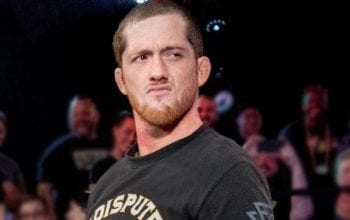