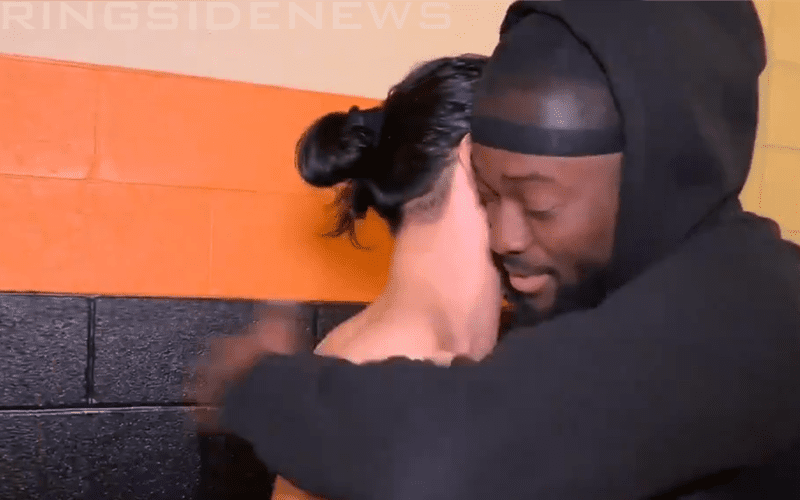 Ali is no longer Mustafa anymore, but while he still had a first name in WWE, Ali was set to compete in the Elimination Chamber for the WWE Title. A concussion took him out of that role and Kofi Kingston was placed in his place. What happened after that can only be described as magic as KofiMania took over the WWE Universe.

The former Heart Of 205 Live can’t help but wonder “what if.” That question keeps burning in his brain and he recently had a chance to chat with Kofi Kingston as the two WWE Superstars had a real heart-to-heart backstage. This was obviously a healing moment for Ali as he commented saying:

I’ve been battling the “What if?” question ever since my injury took me out of the @wwe title picture. I finaly had the chance to answer that question face-to-face with @TrueKofi.

You can check out the video below. It was a real moment between the two human beings behind the larger than life Superstars. Kofi Kingston has experienced his share of disappoints in WWE as well so he can certainly relate. Now we are less than six days away from the biggest match of his career and Ali is in the Andre The Giant Memorial Battle Royal.

It’s hard to tell where things could have been for Ali at WrestleMania had he not been injured. After all, Vince McMahon’s original choice for Daniel Bryan’s Mania opponent was Kevin Owens. It was still great that these two were able to hash it out before the show of shows.