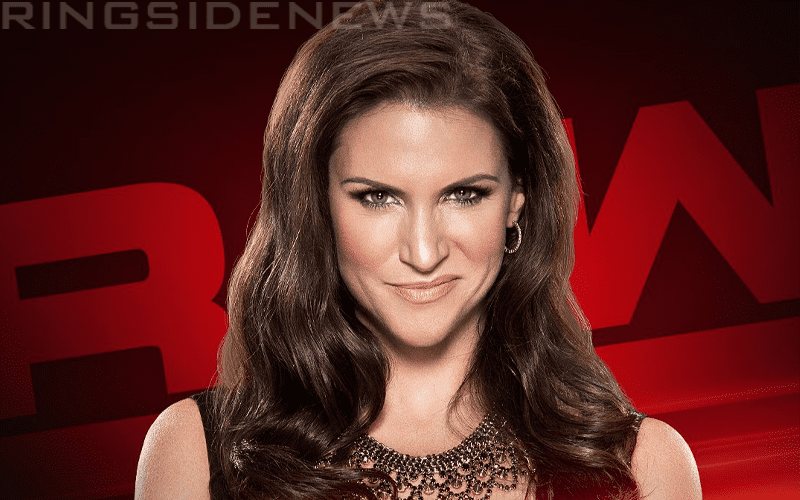 Stephanie McMahon has transitioned herself into a babyface role in a manner of speaking. She is the one that lifted Becky Lynch’s suspension and she was right there rooting Kofi Kingston on when her father Vince McMahon decided to screw him over once again. We’re not sure what the next steps will be for the Billion Dollar Princess, but she will be doing something tonight on RAW.

WWE announced that Stephanie McMahon will be on RAW tonight to make an announcement concerning the WrestleMania main event. It is very likely that we already know what she is going to say, but we’ve been surprised before.

It was previously reported that after Charlotte Flair’s SmackDown Women’s Title win last week that the Mania main event will now have a special stipulation. “Winner Take All” might be the wording they will use, but it means that both Women’s Titles could be up for grabs at the show of shows.

We will have to tune into RAW tonight and see exactly what they have in mind. With WrestleMania less than a week away you never know what can happen in WWE.