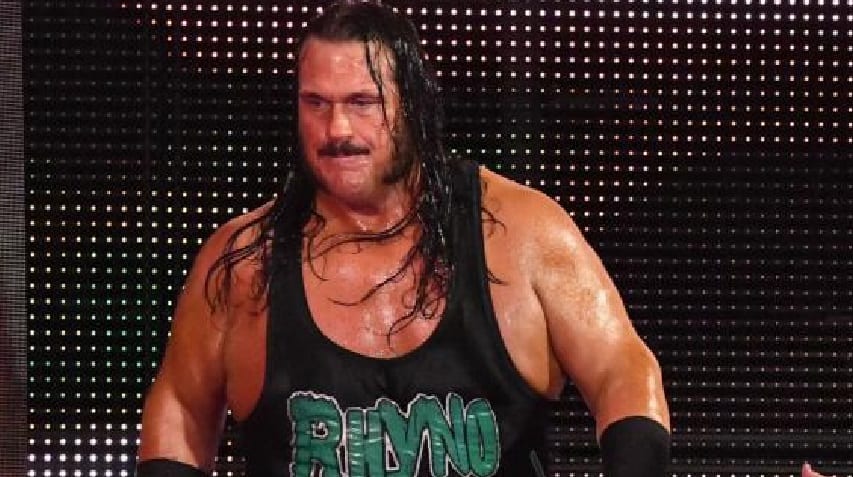 Rhyno could be on his way out of WWE here very soon as his contract with the company is set to expire soon.

Press & Guide published an article that featured quotes from Rhyno from an article spotlighting the Marina he purchased in his home-state of Michigan.

What’s most-notable about this article is that Rhyno mentioned that his contract with WWE expires in mid-July and there is not a new deal in place. Rhyno also hinted that while he wants to wrestle for another eight years, he may have to do that elsewhere.

“I love working with WWE. They’re great. But I might have go somewhere else. I don’t know yet.”

Rhyno’s WWE.com profile is currently listed under the alumni section of the site, however he has been announced for the Andre The Giant Memorial Battle Royal at WrestleMania 35 this weekend.