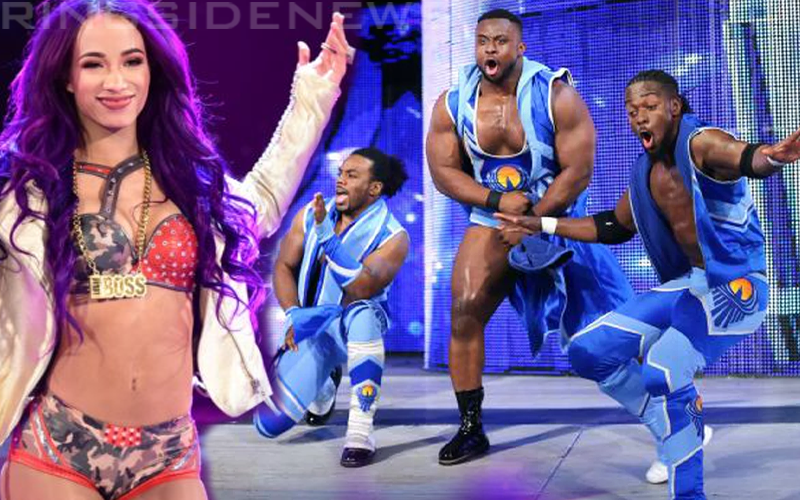 WWE Superstars have a lot of opportunities in and out of the ring. One great way for athletes to make money is to get shoe deals and it looks like Foot Locker is helping out a few WWE Superstars in a big way.

It was recently revealed that The New Day and Sasha Banks are getting their own line of Fila shoes. This is a partnership deal with Foot Locker and could be the start of even more Superstar kicks on the way.

The fact that The New Day are still getting shoe deals could eliminate the chance of a WrestleMania breakup for the longest-running WWE Tag Team Champions. After all, that was a rumored finish to the WWE Title match. We will have to wait and see, but it’s likely that they aren’t going anywhere as s team.

Sasha Banks’ shoe design also matches her in-ring personality. Her shoes are gold which coincides with the title she currently holds even though the WWE Women’s Tag Team Titles aren’t really gold.