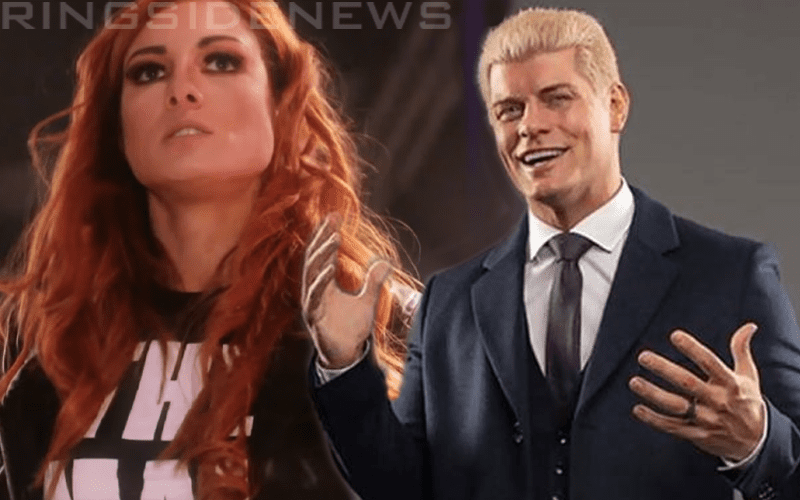 Becky Lynch recently responded to a tweet from the legendary Dusty Rhodes. In The American Dream’s last tweet before he died, Rhodes praised Becky Lynch and she tweeted that she wanted to prove Dream right.

Cody Rhodes saw this ode to his father and tweeted out to Becky Lynch saying: “Go get it.” This was a pretty cool thing for The American Nightmare to do. Then Lynch had a response to that and it was quite interesting.

She might have put three asterisks, but we all know what she’s talking about. This was a very interesting exchange from the Vice President of AEW and the future face of WWE’s women’s division.

Dusty would be proud all around.