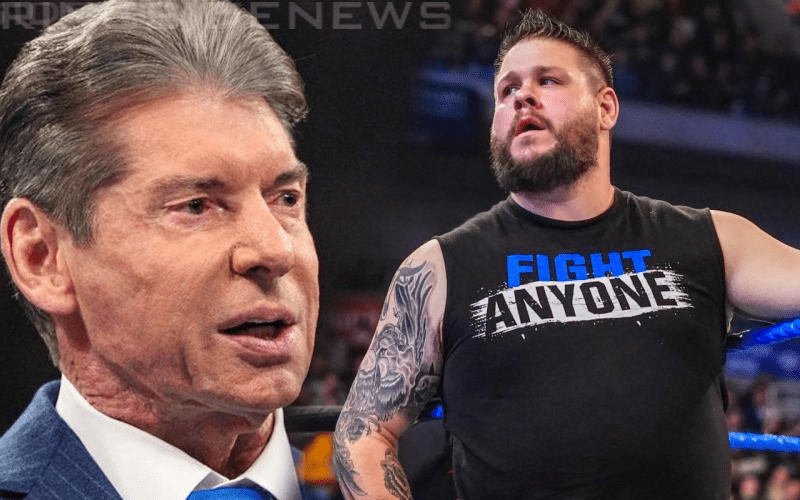 Chris Jericho and Kevin Owens were best friends in WWE, but they did not last through the Festival Of Friendship. This resulted in a WrestleMania match that the fans seemed to enjoy, but Vince McMahon thought otherwise.

Jericho recently spoke to Inside The Ropes where he expressed shock that The Chairman didn’t like their match at WrestleMania in Orlando. He spoke about how hard WrestleMania matches are in the first place because there are so many expectations on the contest. This didn’t change the fact that they went on second and KO certainly didn’t perform to Vince’s liking.

“I thought it was good and I was very surprised when I saw KO later and he said that Vince said it was one of the worst matches in WrestleMania history. I was like, ‘What?!'”

“Because he wanted Kevin to be this type of heel, but Kevin was doing a lot of stuff off the top rope and flashy moves and Vince did not want that. I think Vince had a hard on for him at the time and it would have been hard for him to have — Vince never said anything about the match to me… ever. He never said he didn’t like it. He never said it’s the worst match in WrestleMania history. Never said a word of it. We talked about him the next night and he didn’t go into detail, but he just went, ‘Yeah, yeah, yeah’ like he didn’t say anything. I’m not gonna go ask him because that’s one thing about Vince is sometimes he’ll say something in the spur of the moment and then he’ll forget 10 minutes later unless you bring it up again.”

“Kevin was really f*cking sad. Vince told him, ‘You need to lose weight and this is terrible and you don’t know anything.'”

Jericho said that he’s been through that kind of thing with Vince McMahon before. McMahon apparently told Y2J that he was as “green as grass” when he was anything but green.

Fans can watch that match however they want to, but apparently, Kevin Owens asking Vince McMahon what he thought about the match was not the best thing for him to do in that situation. Because he got quite an earful.