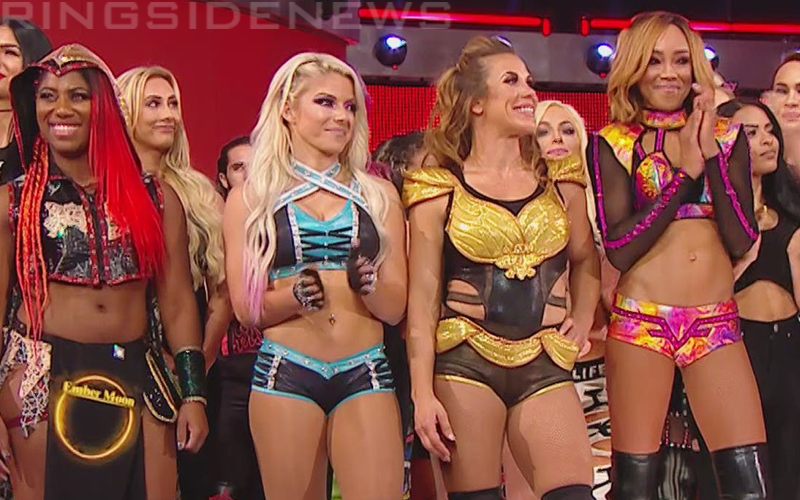 WWE made history last year with WWE Evolution, but there might not be a sequel to that event. After all, the main event was Ronda Rousey vs Nikki Bella which was a match that brought a ton of attention to WWE.

The Wrestling Observer Newsletter noted that WWE has not committed to doing another Evolution event this year. This could add more weight to the idea that WWE only held this event because of the star power they could get in the main event coupled with the controversy surrounding Saudi Arabia where women are not allowed to perform.

An interesting note when it comes to this year’s schedule with no Evolution PPV after what a success the first one was that WWE is not yet committed to doing an all-women’s show of that magnitude without Rousey, who at last word wasn’t booked past the Raw after Mania.

We will have to wait and see if WWE ends up changing their minds about this. The original Evolution event was not even supposed to be a pay-per-view as they turned a house show into a historic happening. They still have some time, but it seems like it doesn’t look likely at this point.