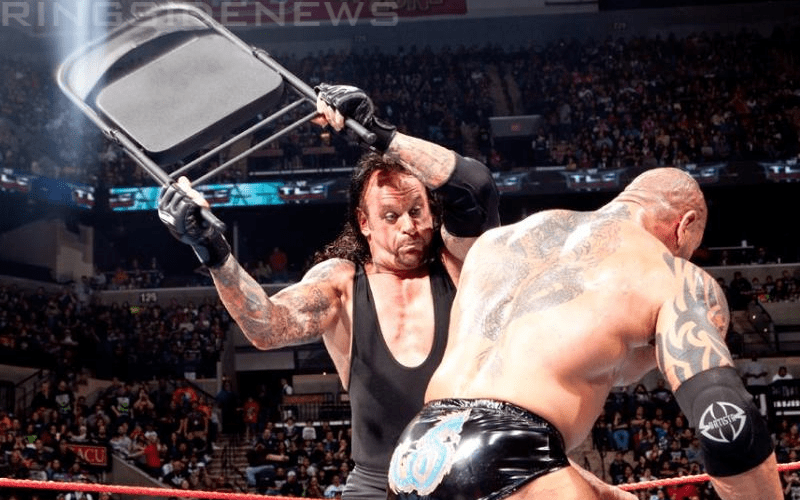 WWE doesn’t allow unprotected chair shots. This is why so many Superstars will give up their backs for a shot from a steel folding chair. However, that wasn’t always the case. As it turns out, WWE might like people to think that it was always like this.

Sean Ross Sapp reports on Fightful Select that WWE is going the extra mile when it comes to their archival footage. Now new videos that are being cut together are encourage to edit out the chair shots that used to fill some older matches.

WWE production employees have been told to edit out chair shots to the head on a lot of newly posted archived footage.

This is more than just another effort to remove the old TV-14 aspect from their programming. By removing that part of WWE history, the company is editing from their records any action that they don’t allow now. It also makes us wonder what they might have left from certain classics that had tons of chair shots that would not be allowed today.

It is unfortunate because they might be able to delete a lot of that footage, but they will never be able to take back the concussions and possible CTE that was a result of all those unprotected chair shots.