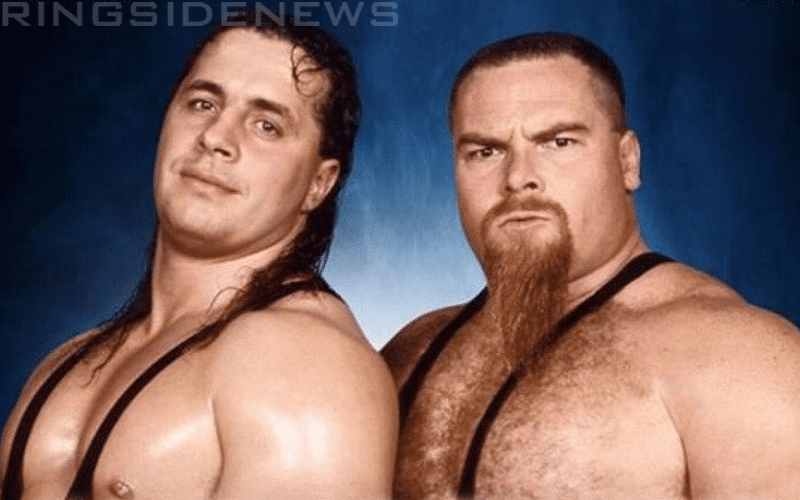 Bret Hart is set to become a two-time WWE Hall Of Famer during this year’s ceremony. He won’t be the only one either as both Shawn Michaels and Booker T will also receive inductions. This is still a big deal for the Hitman and he had to share his feelings on the matter.

Hart and Jim Neidhart had a storied past together and the Hart Foundation evolved to include more than just the two of them. Sadly, The British Bulldog and Owen Hart have been left out of the WWE HOF for different reasons. Brian Pillman is also still waiting for his induction.

However, Hart was very open and happy about this announcement. He not only thanked the fans, but also took them on a little history lesson in the process as he reacted to this official announcement.

On March 1985 in Brantford, Ontario, Jim “The Anvil” Neidhart and I officially became the Hart Foundation. On April 6, 2019, we take our place in the WWE Hall of Fame. I wish Jim was still with us to celebrate this moment, but I know he’ll be on stage with me in spirit.

To our fans around the world, thank you.  See you in Brooklyn! #WWEHOF

The WWE Hall Of Fame is set to be a great night in pro wrestling history. This is not only due to the Hart Foundation’s induction, but all of the other representatives in this distinguished class.

It is still puzzling why WWE would nix Jimmy Hart from the induction, but he certainly did enough to find his way in the WWE Hall Of Fame eventually.