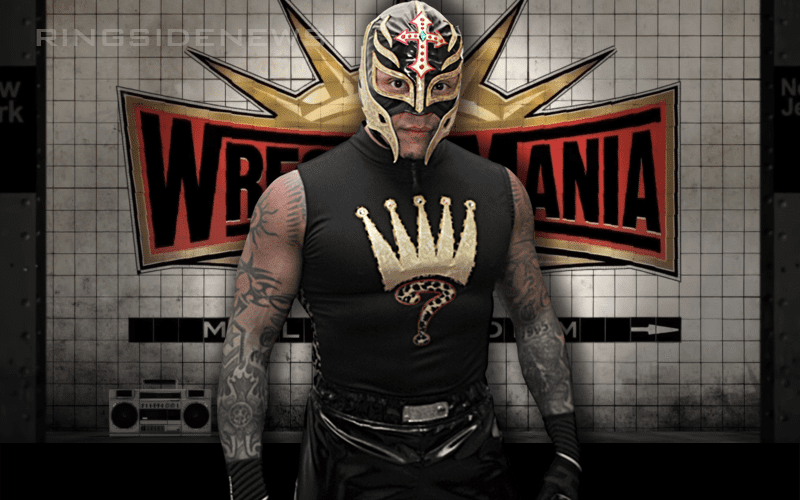 WrestleMania is coming up in two weeks and yes, it will be a very long show. However, Rey Mysterio won’t be competing in the match that was initially booked for him.

There were rumors that WWE was gearing up for Rey Mysterio vs Andrade in a mask vs hair match. The Wrestling Observer Newsletter reports that this was actually in their plans, but the match was canceled.

It’s unknown exactly why WWE changed up this match, but Mysterio was placed with Samoa Joe in a US Title match instead. This match will also likely feature Mysterio’s son Dominick in some kind of fashion as well.

Changing this match now means that Andrade is not only out of a WrestleMania match, but he was also growing out his hair for no reason. We can only assume that the plan was for Andrade to lose this match seeing how Rey Mysterio’s entire marketing campaign is centered around his famous mask.